The donation after circulatory death (DCD) heart transplant programme was previously only available to adults. For the first time ever, using a portable organ perfusion system called the TransMedics heart Organ Care System (OCS), the technique has now been made available for children, paving the way for six life-saving heart transplants for young patients at GOSH in 2020. 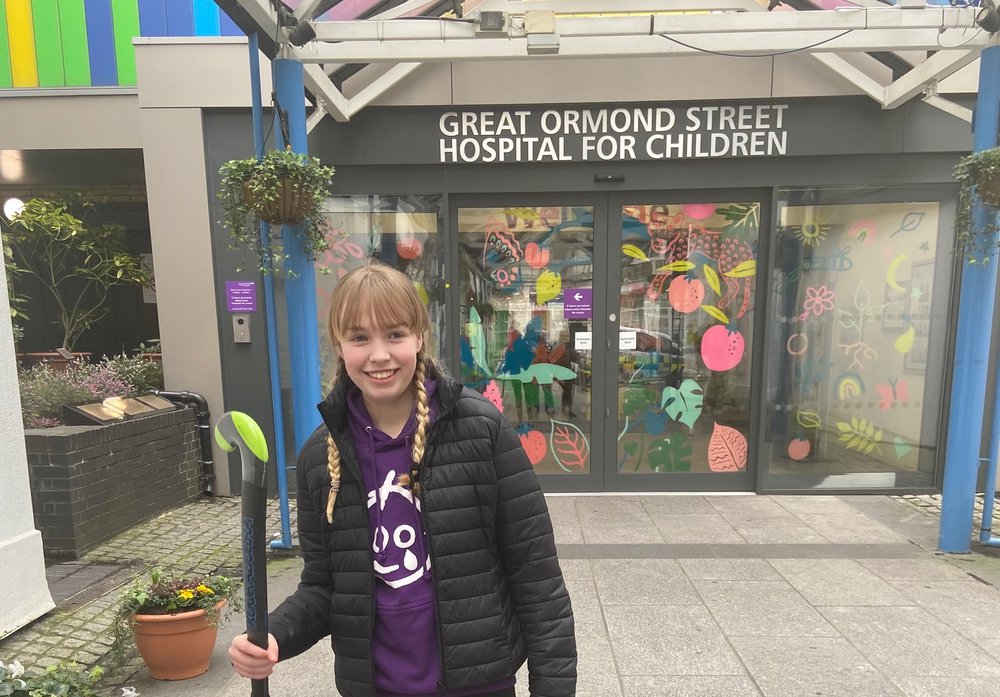 The first patient to receive a DCD heart transplant thanks to the GOSH and Royal Papworth Hospital collaboration was 15-year-old Anna Hadley. In January 2018, Anna was diagnosed with restrictive cardiomyopathy after collapsing during PE class two months beforehand. The rare condition meant that the muscles in the lower chambers of her heart - the ventricles - were becoming stiff and couldn’t fill with blood properly, which impacted blood flow to the rest of the body and heart. After an assessment at GOSH, the family was told that Anna’s best chance at getting well again was to receive a heart transplant.

An athletic and talented hockey player, her family never imagined that anything could be wrong. For Anna, it was life-changing news: she could no longer run nor take part in the sports she loved. Walking up a flight of stairs to go to bed sometimes left her feeling tired and out of breath.

As time went on, Anna’s lung pressures were also increasing. Doctors at GOSH fitted her with a device to help ease some of the pressure in her lungs.

“It was as if someone had lifted a heavy weight from my chest”, recalled Anna. Although it helped, it wasn’t a cure, and if she didn’t receive a heart in time, Anna would need a heart-lung transplant which is incredibly rare.

Then, towards the end of 2019, Dr. Simmonds spoke with Anna’s family about a new transplant programme that they aimed to introduce at GOSH. The DCD heart programme was already well established in adults and was successfully being performed at Royal Papworth Hospital. He spoke with the family at length, walking them through the process, but leaving the final decision up to them.

The family soon agreed, realising that the programme would mean that Anna’s chances of receiving a life-saving transplant would only increase. Finally, after twenty months on the waiting list, Anna and her family received the call she had been waiting for.

Speaking of the experience, Andrew Hadley, Anna’s dad, said: “We always tried to stay positive, but we understood the facts; there was a lack of suitable donors and around 40% of children waiting for heart transplant never receive one. It made the more than 20 months spent on the transplant waiting list incredibly difficult.

“After weighing-up the potential risks and benefits of the DCD heart transplant with a more conventional one, we realised that there was only one choice, and we’re so glad we made it. Five days after the transplant, Anna was walking up and down the corridors chatting away and high-fiving staff. It was incredible.” 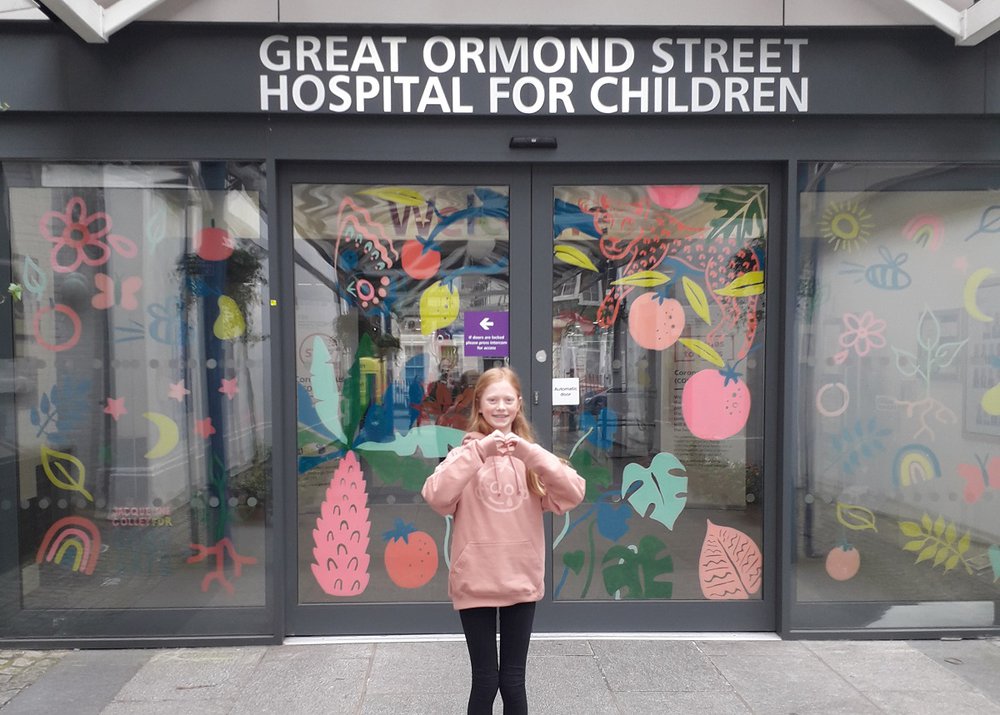 Soon after the pandemic began last year, Freya Heddington, then 13 years old, received a life-changing call. She became the second patient to receive a DCD heart transplant at GOSH.

Freya was 12 when she was diagnosed in August 2019 with restrictive cardiomyopathy (RCM). The condition pushes the lung pressures up and causes dizziness, chest pain, palpitations and tiredness. In Freya, the condition caused shortness of breath, fainting and she often felt weak.

With some of the other cardiac conditions children can sometimes be aided by ventricular assistance devices like heartware or a Berlin heart, but RCM is particularly hard to treat this way.

Weeks after her diagnosis, Freya was referred to GOSH where she was assessed, and subsequently urgently listed for a heart transplant.

Freya said: “I remember when they first told me about my heart. It was a scary, because I didn’t know what it would mean. Would I be able to go to school, see my friends, do all the things I still loved to do like ride horses? I knew that the transplant would be a big operation, and that it was my best chance at getting back to normality.”

Freya’s dad, Jason, said: “It’s one of the most difficult things that a parent has to hear – that your child is seriously unwell. We’ve always been aware that the waiting times for children are long, because finding a match is so difficult. So when we heard about the DCD heart programme, we started to feel hopeful. This could increase Freya’s chances, along with other children on the waiting list. Ultimately, though, knew that her life was in the hands of a stranger willing to make a donation in the most difficult time of their own lives.”

Speaking about her experience, Freya added: “For me, it happened a lot quicker than for most children. I’m so grateful to my donor and their family for this second chance. When I woke up from the surgery I felt like I could finally breathe again.”

Jason added: “We were worried that with the pandemic things might slow down, but the transplant team at GOSH were always there for us. We were shocked to get the call when we did, but also filled with such gratitude. We know that the DCD heart programme made all the difference for our daughter. We also know that if it wasn’t for her donor’s family this wouldn’t even be possible. They’re forever in our thoughts.” 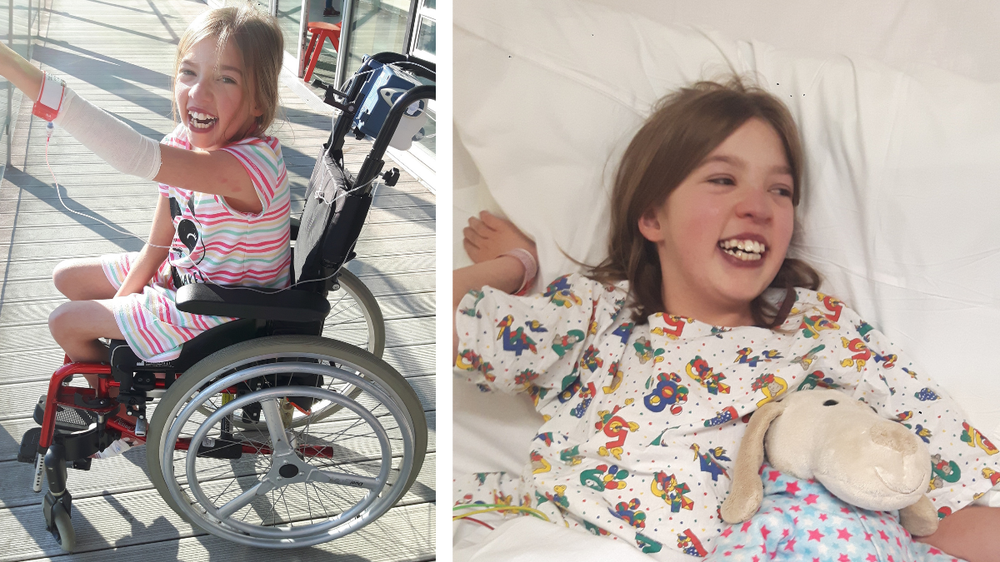 15-year-old Caitlin was diagnosed with complex congenital heart disease when she was just two months old. At four months old, she had a complete bypass which had to be done in three stages over four years. Six months later, she suffered her first stroke.

"It came as complete shock," said her mother Ingrid Goodsell. "There wasn't any indication before or immediately after she was born that anything was wrong. And then seeing your very young child have such a complicated procedure at only four months old was incredibly difficult. We worried about whether she would have the same opportunities as her older brother and her peers, and we worried about what it could lead to. At the time, we didn't know it would lead to where we are now - over a year and half waiting for a heart transplant."

When she was 13, Caitlin had a total heart block, a condition where the heart beats more slowly or with an abnormal rhythm due to a problem with the electrical pulses that control the heart. In Caitlin, the condition meant that her heart stopped beating for as long as 4 seconds at a time at night during her sleep. Since then, she has been fitted with two pacemakers. These have brought her some time while she waits for the life-saving gift of a heart transplant.

"I've been through more than many children my age, so although I worry about my condition, I try not to let it stop me from living my life to the fullest. But a heart transplant would mean the chance at a healthy heart, and possibly doing things that my body hasn't been able to do. Right now, my pacemaker is buying me time and I'm grateful to everyone at GOSH who has been looking after me. My future is now in the hands of a perfect stranger willing to make the most perfect gift," said Caitlin.

"Talking about organ donation is the most important thing - letting your wishes be known so they can be honoured and hopefully go on to save someone's life. We're so grateful to GOSH for pushing for innovations in this area. They know what life is like for children and families on the waiting list, and having them on our corner makes us feel like hope is on our side," said Ingrid.