Scientists and doctors at University College London Great Ormond Street Institute of Child Health (UCL GOS ICH) and Great Ormond Street Hospital (GOSH) have given hope of a gene therapy cure to children with a rare degenerative brain disorder called Dopamine Transporter Deficiency Syndrome (DTDS). The team have recreated and cured the disease using state-of-the-art laboratory and mouse models of the disease and will soon apply for a clinical trial of the therapy.

Their breakthrough comes just a decade after the faulty gene causing the disease was first discovered by the lead scientist of this work. The results, published in Science Translational Medicine, are so promising that the UK regulatory agency MHRA has advised the researchers that they can now proceed to prepare for a clinical trial.

DTDS is a rare, progressive and life-limiting neurological condition caused by a faulty gene that affects brain cells. Infants with DTDS are rarely able to learn to walk or speak and as they grow they develop ‘parkinsonism’, so called because of similarities to Parkinson’s Disease. This includes slow movements, involuntary twisting postures of their arms and legs and whole-body stiffness.

There are no effective treatments or a cure and most children with DTDS sadly die before reaching adulthood, often from respiratory infections or other complications. Although the condition is rare, with around 50 children worldwide currently known to doctors, it has previously been mistaken for cerebral palsy and may continue to be undiagnosed.

22-year-old Shannon from Cornwall was one of the first patients diagnosed with DTDS after Professor Kurian discovered the faulty gene in 2009. On Shannon being one of the first patients in whom the faulty gene was discovered, her mum, Judith, said, “It’s amazing. The last time we saw Professor Kurian she said there had been a breakthrough with the research, but it hadn’t been tried on anyone yet. GOSH is a brilliant hospital and I donate to the charity every month to help keep the extra support at the hospital going.” 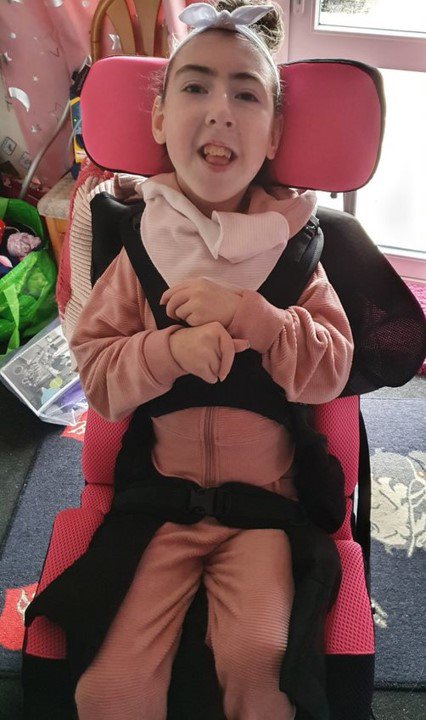 How the precision gene therapy works

Professor Kurian’s team and her collaborators at UCL have spent the last decade working to better understand the mechanisms that underpin this disease, and this has enabled them to develop a new, precision gene therapy with the potential to treat this devastating disorder.

Scientists took skin cells from children with DTDS and turned them into stem cells, which can grow into any type of cell to build or repair different parts of the body. Professor Kurian’s team, with work led by Dr Serena Barral, converted these stem cells into the exact brain cells (dopaminergic neurons) that carry the genetic ‘fault’ responsible for DTDS.

Using this laboratory model – or ‘disease in a dish’ – made directly from the cells of children with this rare condition, scientists were able to test the experimental gene therapy for DTDS and show that it could relieve the disease-related defects in DTDS brain cells.

The team used fluorescence microscopy to see what was happening in their ‘disease in a dish’. The seemingly random pattern of colours in the untreated cells (left) shows how the neurons and their communicating ‘arms’ - called neurites - had not formed properly in cells with DTDS. The gene therapy treated cells form a much more obvious cluster pattern for the neuron - seen in white - with its red neurites, essentially showing the DTDS is cured in a laboratory model. Images: Dr Serena Barral

A further collaboration with UCL’s Professor Simon Waddington and Dr Joanne Ng enabled the researchers to build on their ‘disease in a dish’ results, studying DTDS in mice and testing gene therapy as a cure. The gene therapy injects a modified, harmless virus containing the healthy gene into the area of the brain where this gene is missing. The mice were successfully cured of their symptoms including involuntary and disordered movements, progressive parkinsonism and weight loss. Based on the promising results of the laboratory tests, the next phase is to develop a clinical trial which would involve children diagnosed with DTDS.

Professor Manju Kurian, Consultant Paediatric Neurologist at GOSH and NIHR Research Professor at UCL GOS ICH, co-lead author on this study and the scientist behind the discovery of this disease: “Our study provides real hope of an effective treatment for children who are living with this devastating, life-limiting brain disease, and it is hugely exciting to be at the stage of planning a clinical trial just ten years after discovering the gene that causes the condition.

We hope this pioneering gene therapy will prevent the progression of this rare but cruel disease with a single procedure, giving children the improved quality and length of life that they deserve. If we can use gene therapy to treat children with this condition early enough, there is great potential for improvement in their health.

The research team is now developing the plans for the clinical trial. They are based at the Zayed Centre for Research into Rare Disease in Children, which is a partnership between GOSH, UCL, and GOSH Charity. They hope the clinical trial will launch at GOSH – an international recognised centre of excellence in neurotransmitter disorders – in 2022.

This research was funded by GOSH Charity who supported the research at the very beginning, the Wellcome Trust, MRC, John Black Charitable Foundation, Robert Luff Foundation and Rosetrees. The NIHR GOSH BRC supports all research carried out at GOSH.

Following a lung transplant in 2021, Skye donated her lung tissue to the GOSH Sample Bank in the hope that one day they will help scientists find a cure for other people living with the condition.

We have two new parent and carer accommodation complexes, established with the support of GOSH Charity partners. Just ninety seconds from GOSH, they provide parents and carers of one of our patients with a free place to stay.