A commonly used means of supplying oxygen for children in intensive care is not as effective as many clinicians assume, new research involving GOSH intensive care teams has found.

The trial ( FIRST-ABC) was led by Dr Ramnarayan, who is now Reader in Paediatric Critical Care at Imperial College London and sponsored by Great Ormond Street Hospital for Children (GOSH). It is the first to compare the type of breathing support given to children when they come off mechanical ventilation, to help them transition to breathing unaided.

High flow nasal cannula therapy (HFNC - where oxygen is delivered through tubes into the nostrils) has become increasingly popular in paediatric intensive care units, as it is seen as more comfortable for children to tolerate, when compared to oxygen from continuous positive airwave pressure (CPAP - where patients wear a oxygen mask).

However, when the two methods were compared, the research found that children on HFNC needed breathing support for up to 18 hours longer than those using CPAP.

Dr Ramnarayan, who also now works as a consultant in paediatric intensive care at Imperial College Healthcare NHS Trust said: “We know that HFNC can’t deliver the same levels of breathing support as CPAP, but it’s been assumed that the reduced effectiveness is a price worth paying for the additional comfort it provides. Our results show that may not be the case.”

How did the teams compare the two methods?

Working with 600 children, from new born to age 15, in 22 paediatric intensive care units across the UK, half of the children were randomly assigned to move to HFNC following ventilation and the other half to CPAP.

In the study, patients allocated CPAP can stop breathing support up to 30% faster than those allocated HFNC. This difference is big enough that it isn’t made up for by the greater preceived ease of HFNC

Only 10 per cent of children who started on CPAP following ventilation failed to tolerate it, and were moved to HFNC as a result. The team also found that these findings were consistent irrespective of the age of the child and the conditions for which they were hospitalised.

“Most paediatricians have tended to prefer HFNC, but these results are likely to make them more cautious,” said Dr Ramnarayan. “While the choice of breathing support is specific to each patient, my own preference now is to start with CPAP, and if children struggle to tolerate it, only then to use HFNC as the next option.” 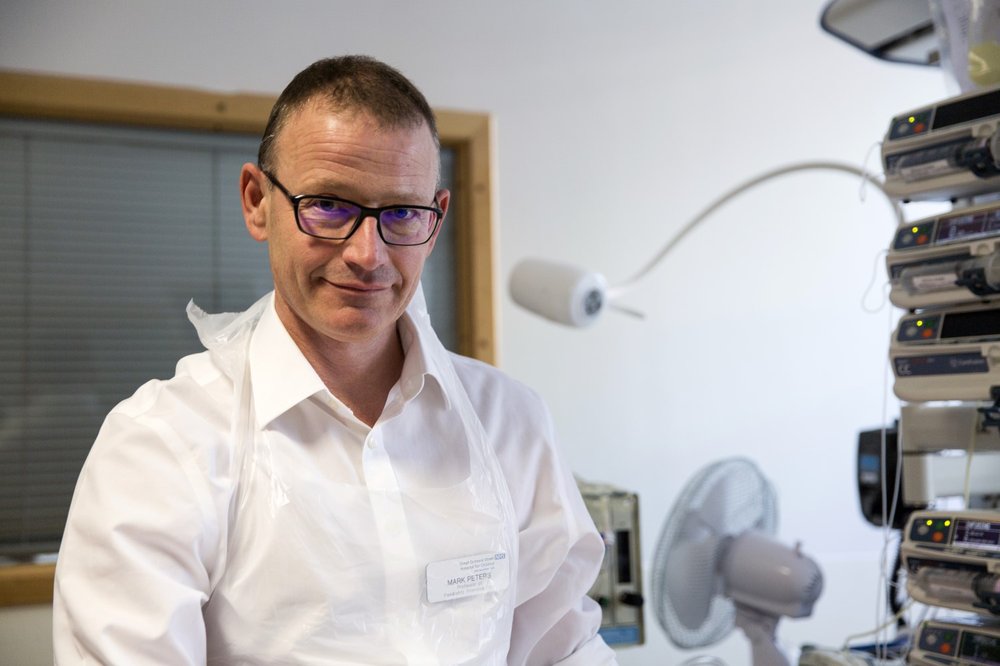 The team involved clinicians and researchers from GOSH, Imperial College Healthcare Trust, the Intensive Care National Audit & Research Centre, London School of Hygiene & Tropical Medicine, Birmingham Children's Hospital, Bristol Children’s Hospital and the Universities of Leeds and Salford. The trial was funded by the National Institute for Health Research (NIHR). The team are currently analysing the data from a second trial, following the same format, which compares CPAP and HFNC when used as the first breathing support provided in children who have not yet been put onto a ventilator. The findings will be published later this year.

GOSH researchers, working with international collaborators, have shown that a new gene therapy has long term benefits for children with the severe immune disorder, Wiskott-Aldrich syndrome.

Could touchless computers be used at Great Ormond Street Hospital?