“Sara was about the fifteenth patient he’d ever seen with this condition.”

Nine-year-old Sara has an extremely rare condition called Currarino Syndrome. Although the condition is present from birth, Sara wasn’t diagnosed until she was seven at Great Ormond Street Hospital (GOSH).

Her journey to diagnosis started when parents, Paul and Liz, noticed problems with Sara’s right foot. They share her story here.

A few months after Sara was born, she was diagnosed with clubfoot- a condition where the feet rotate inwards at the ankles.

Despite receiving treatment, Sara’s foot continued to turn inwards again as she grew. But these weren’t the only concerns with Sara’s health.

“When Sara got to about three years old, I was trying to toilet train her, but it wasn’t happening,” tells mum Liz. “She knew what to do but she just couldn’t do it.”

Following a referral to a consultant and an MRI scan later, doctors in Cardiff discovered Sara had a rare form of Spina Bifida.

“It was a quite a shock,” says Liz. “I couldn’t believe that no one had picked up on it.”

“In Sara’s case, her spinal cord was tethered and being held at the base of her spine,” explains dad Paul.

“So, as Sara was growing, her cord was getting stretched and experiencing more strain. The tethered cord was also causing her foot to turn as she grew.” 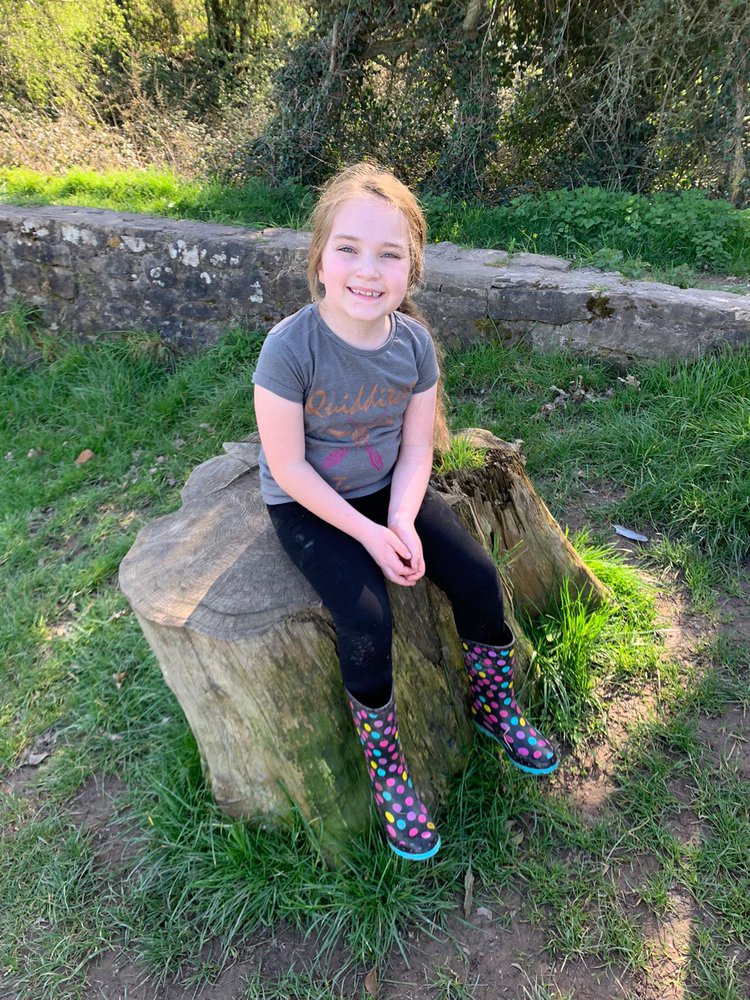 Sara was referred on to GOSH and in July 2019, she was seen by Consultant Paediatric Neurosurgeon Mr Dominic Thompson.

“He pulled up her previous MRI scans from Cardiff, where he revealed she actually has Currarino syndrome” - a syndrome which affects the lower spinal area, causes weakness in her leg, as well as incontinence.

“Sara was about the fifteenth patient he’d ever seen with this condition,” tells Paul.

“Mr Thompson explained that he’d potentially need to operate on the spinal cord, but he’d hold off surgery for now and see how Sara goes first.”

After a year passed, Paul and Liz had a follow-up appointment with Mr Dominic Thompson over the phone.

“By then, Sara had shot up in height and her foot had started to come round again, after a tendon transfer operation to straighten it out,” Paul tells.

“When we explained this, he said she’d probably need the surgery to stop her condition getting worse and prevent her mobility deteriorating.”

Paul and Liz then faced the difficult decision of whether to go ahead with the surgery.

“Although she’s had a few operations, this was a more serious and risky surgery that could end up making things worse,” tells Liz.

“But if we didn’t go ahead with it, we didn’t know how her mobility was going to fare,” adds Liz. “We didn’t want her to not be able to do the things she loved, like her gymnastics.”

Coming to GOSH in a pandemic

So, in December 2020, Sara came to GOSH for the operation on her spine.

“At that time, only one parent could be on-site with their child because of covid. I wasn’t allowed to travel for health reasons, so Paul went instead of me,” explains Liz.

“I felt like I needed to be there, but the operation had to be done and I didn’t want to delay it.”

Before the operation, Sara and her dad travelled from their home in Wales and stayed in the nearby patient accommodation.

“When we arrived on Koala ward on the day of the surgery, we met the nursing team who showed us to our room. We also met play specialist Sallyanne. She was really great at putting us at ease and talked Sara through what would happen.”

“All the staff spoke to Sara in a way that meant she understood what was going on. There was never any patronisation.”

“Then, Mr Thompson came round to say hello and introduced us to the team performing the operation. He facetimed Liz at the same time, so she could ask him questions.”

After her operation, Sara was told to lie flat on her back and avoid moving. The nurses would come in every few hours and turn her.

“When Sara was allowed to get up after a few days, she felt woozy and sick, but her two nurses were brilliant and gave her lots of encouragement,” says dad Paul.

“It took her a good hour to get off her bed, but she was determined to do it and the nurses could see that. They were really patient and understanding.”

Following their week-long stay on Koala Ward, Sara and dad Paul were finally able to return home to Wales. Paul also treated Sara to first-class travel home for being so brave during her stay at GOSH.

The future for Sara

The hope is that the operation will prevent Sara’s condition from getting any worse.

“If Sara hadn’t had the surgery, her condition could’ve become much more life-changing,” tells Liz. “So even though she’s not going to get better, there are things we can do to stop it from getting worse.”

Sara’s also having ongoing physiotherapy to strengthen up her legs.

To make it more fun, Liz and Paul share Sara’s physiotherapy programme with her gymnastics coach who involves it in her training.

“Sara loves gymnastics,” adds Liz. “She started when she was three at a local club, but she was getting a bit left behind. So, we did some research and moved her to a club that does disability gymnastics.”

“It’s really brought her sparkle back and given her a lot of confidence. Her dream is to be in the Paralympics one day.”

In February, Sara was awarded ‘Gymnast of the Month’. Well done, Sara! 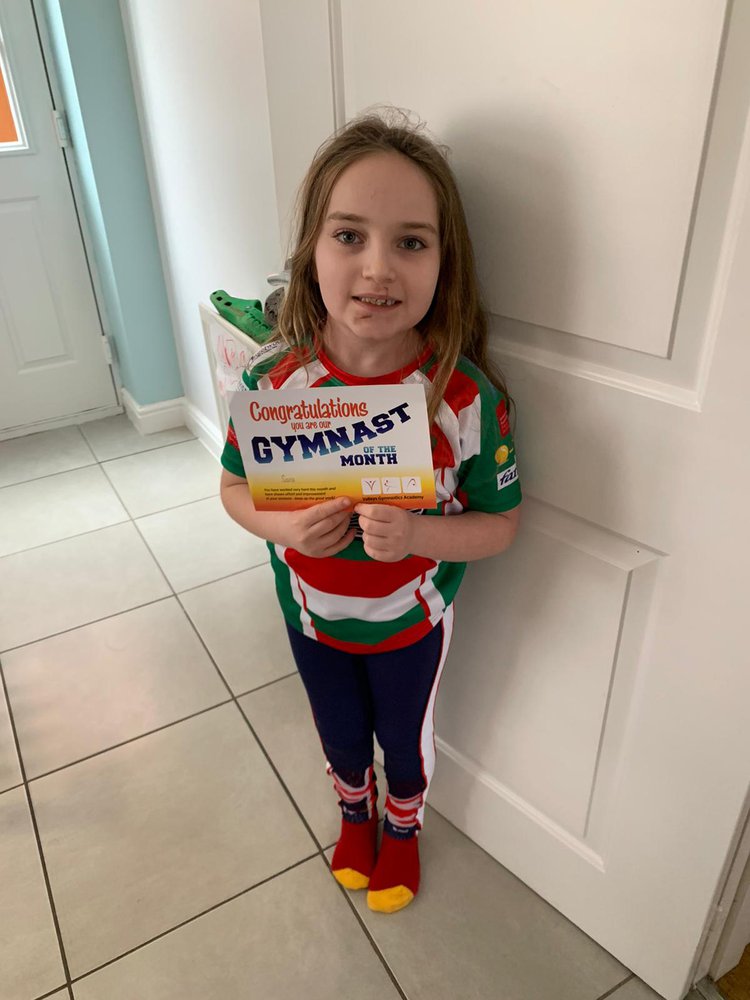