Stanley, age 8, suffers from pulmonary hypertension - a rare and progressive disease characterised by high blood pressure in the arteries of the lungs, with no known cure. This Rare Disease Day (29 February 2020) his mum, Karen, shares their story and why raising awareness of rare diseases is essential.

Stanley was just three weeks’ old when his mum, Karen, noticed his hands and feet were a slight blue colour, and that his mouth turned blue around the lips after drinking milk. He was referred by their GP to a local paediatrician, who confirmed there was a problem with his arteries.

“Stanley had transposition of the great arteries, meaning his main two arteries are the wrong way round, so he wasn’t getting enough oxygenated blood,” Karen explains. “Stanley had open-heart surgery in Southampton Children’s Hospital to repair the arteries when he was just four weeks old. That surgery went well and we were home two weeks later.”

However, post-surgery scans revealed high pressure that meant Stanley had to undergo a couple of heart catheter procedures.

“He was then diagnosed with pulmonary hypertension, which has no known cure, and was immediately put on medication,” Karen adds “At eight weeks old he was referred to Great Ormond Street Hospital (GOSH) and we’ve been coming here since.”

Pulmonary hypertension is a rare and progressive disease, characterised by high blood pressure (hypertension) in the arteries of the lungs.

“The condition is a lung condition but affects the right side of the heart because it puts so much pressure on it,” Karen explains. “Stanley was first on tablets and then, at three and a half years old, he was put onto a 24/7 IV drug, which slows the disease’s progression. He’s been on the drug for five years now.

“Pulmonary hypertension is still a rare condition so getting the word out about it is vital.”

Stanley wears a custom-made backpack containing a pump, which directly administers the IV medicine his parents make up every day.

“He wears the backpack under his clothes; the tube comes out of the bag and goes into him under his armpit, then that tube goes into his main arteries and his heart. The drugs ease the pressure easier on his heart and help everything flow better.

“His grandma made him a special, small backpack as he likes to wear it underneath his clothes so no one can see it,” Karen adds. “He doesn’t remember life without his backpack – the only time it comes off is when he has a bath, and he always says it feels weird without it on!

“You’d never know Stanley has a rare disease as he doesn’t look unwell, but he can’t keep up as long as his friends – he runs around but does get out of breath much quicker than they do. We’ve noticed that increasingly happening over the last year, so we know the disease is progressing. We’re lucky he’s reached eight and the drugs have worked well for him, as this isn’t always the case." 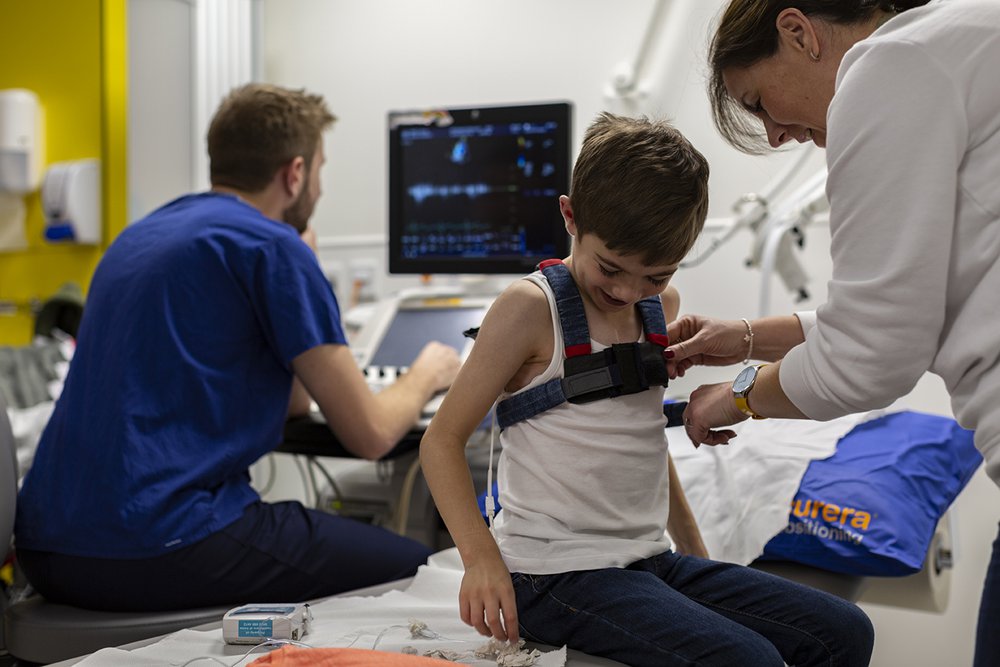 “We were one of the first patients to be seen at GOSH’s new Zayed Centre for Research into Rare Disease in Children when it opened in September and have been twice now,” Karen says. “It’s amazing there; from the chance to look down into the labs from street level to interacting with artwork in the lobby, Stanley enjoys coming here to the point that he doesn’t mind all the tests.”

“We come to GOSH every eight weeks for MRI scans to keep a close eye on him as, when the disease goes downhill, it can happen quite quickly, so the doctors want to make sure the surgery is done at the right time for him.

“We’ve been told it’s likely Stanley will need more surgery on his heart this year, which is good in one respect but scary because it’s a high-risk surgery. It won’t get rid of pulmonary hypertension but it will hopefully relieve pressure on his heart. The options are either having this POTS procedure or going on the transplant list. We think the POTS procedure would be best for him because although it doesn’t get rid of the condition it gives him more time before he might need a transplant. Hopefully, if he recovers well from the POTS procedure, he’ll be able to come off the pump a year later.”

“While Stanley doesn’t fear going to the hospital he does worry about being put to sleep. Last year he had to have a right heart catheter, which required him being put to sleep and he was very upset about that. Since then we’ve been meeting people to help him through these anxieties. We know he’ll need to have surgery again and don’t want it to be so scary for him, so we took him to a theatre tour opening day. We were able to go into the anaesthetist room and an actual theatre and be shown the equipment in there! Many other children were there too. For us parents it was an amazing experience and, for Stanley, it was a fun day that helped reduce his anxieties.

“Also helping make Stanley comfortable with his surroundings is the remote-control car that Senior Operating Department Practitioner Mike Stylianou has, that Stanley drives around the theatre. GOSH is amazing and everyone who’s dealt with us has been fantastic. We can’t fault any of it. They take care of us parents as well of Stanley.” 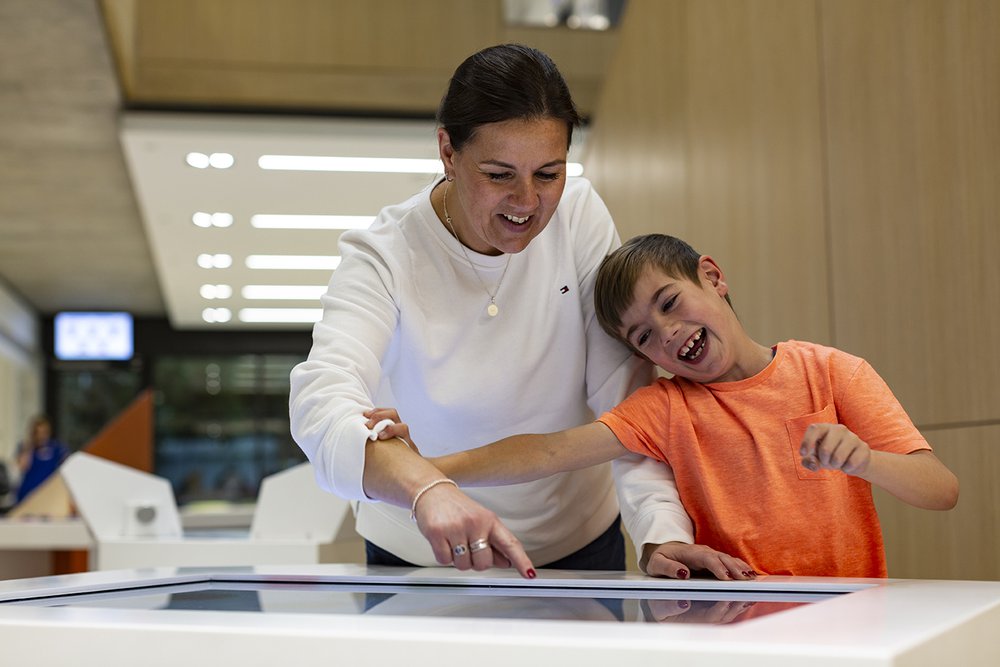