“I can finally stop worrying about my heart condition and I can focus completely on my performance,” says Oliver, who came to GOSH for a life-changing heart operation in 2019. Since then, he’s secured his professional acting debut and developed from a grade one to a grade seven pianist in just a year and a half.

Before his operation, Oliver experienced symptoms of Wolf Parkinson White Syndrome. “This caused his heart to race incredibly fast at random times,” explains Oliver’s mum, Helen. “We once recorded as high as 270 beats per minute.”

Doctors managed Oliver's condition successfully with medication in early childhood. However, at age nine Oliver’s condition caused his heart to race too fast once more. This led to a frightening experience on a family holiday in Spain, when Oliver lost consciousness on a beach. His family was forced to drive two hours to the nearest hospital. “After that, we never could be sure when he might need medical attention.”

When these episodes continued to arise, GOSH cardiologist, Dr. Giardini, recommended a cardiac ablation. This involves applying heating therapy (radio frequency ablation) or freezing therapy (cryoablation) on the affected area of the heart, which would hopefully stop the abnormal signals Oliver experienced.

“On one hand, I didn’t want to have it,” says Oliver, “but on the other hand, I also really wanted my heart condition to be gone.”

"From a parental perspective, it's nerve-racking to think that your child is having a heart operation," explains Helen, "but the doctors are world-leading doctors, they know best."

Dr. Giardini's colleague at GOSH, Dr. Mangat carried out Oliver's operation in 2019. Thankfully, the ablation resolved Oliver's heart condition completely. Discharged in July 2020, Oliver could turn his attention to his next challenge: School of Rock the Musical auditions.

From the operating theatre to musical theatre

Oliver secured one of the lead roles, 'Lawrence', in this Andrew Lloyd Webber adaptation of the 2003 film. Lawrence plays the keyboard in the school band. "I literally felt so nervous, like I can't describe, but then after twenty minutes on stage, it all goes away."

"Oliver wants other children to know that the operation, although scary, has great benefits," says Helen.

"Without the GOSH surgeons, I might not be in School of Rock today," reflects Oliver, "but GOSH got rid of my heart condition for good, and now I'm healthy and active without any worries."

"Oliver's destined to be on stage," says Helen, "jumping, dancing, singing, and playing keyboards without any concern for his heart." 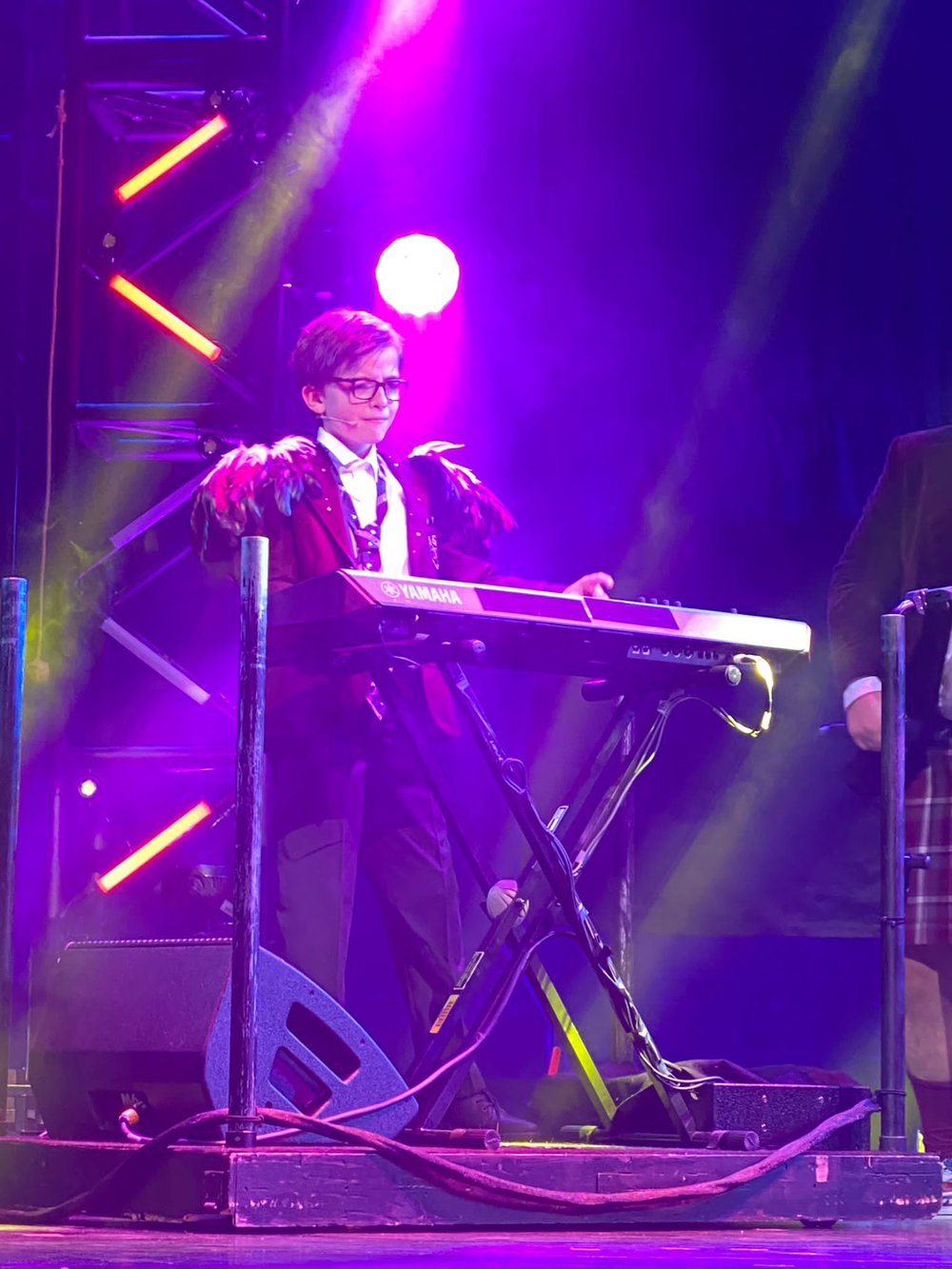 Oliver began his musical career with Chickenshed, an inclusive theatre company in North London. "I used to feel like hiding at the back, but gradually, with each show we did, I felt more confident. Performing became this thing that I really like to do."

As Lawrence, a keyboard player in the School of Rock band, Oliver plays several keyboard pieces live on stage. He began playing piano when he was eight years old and was about to take grade two, aged ten, when his exam was cancelled by lockdown. "I was just playing a bit of piano here and then," explains Oliver, "but then School of Rock came, and I really wanted to be in it." Some of the musical pieces were around grade seven or eight, meaning Oliver had some hard work to do to be ready in time.

With COVID-19 causing a national lockdown in 2020, Oliver and his mum could practice every day. "I'm just really glad that my mum pushed me. I learnt that practice does eventually pay off. I was so happy when I could play the songs. I thought it was a miracle!"

"He's playing these amazingly difficult pieces and you need big hands to play them. He's not got big hands!" says Helen.

"One of my favourite songs in the show is 'Stick it to the Man'," says Oliver. "Everyone's just rocking out at the end of the show and it's just so fun to play."

The tour debuted in Hull, prompting Oliver and his family to discover a special connection to the Hull New Theatre. Oliver's great-great-aunt and uncle were owners of this theatre, making it an extra special place for Oliver to begin his professional acting career.

The School of Rock tour began in September 2021. Oliver will be travelling to each country in the UK, independent of his family. The children have chaperones and school tutors, staying in tour hotels for each leg of the journey. Before his heart operation, such independence would not have been possible.

"Before, I'd just have to follow Oliver around and make sure he didn't fall over in the middle of it," reflects Helen. "It's changed things significantly because he doesn't need his parents around all the time and we're not constantly worried about his heart."

GOSH wish Oliver the best of luck for his tour, and no doubt, for the fantastic career that will follow!