An international group of researchers led by National Institute for Health Research Professor Paolo De Coppi and Professor Nicola Elvassore at University College London Great Ormond Street Institute of Child Health (UCL GOS ICH) have developed a new gel to grow tissue in the form of organoids so they can be used in human treatment.

Organoids are laboratory grown structures of human stem cells that model the shape and function of tissue such as muscle.

While organoids hold significant potential for use in the replacement and repair of damaged or diseased tissue, the gels currently used to culture human organoids have been unsuitable for use in patients.

However, the researchers led by Professor De Coppi, who is a Consultant Paediatric Surgeon at Great Ormond Street Hospital, have developed an extracellular-matrix (ECM) hydrogel from decellularised piglet intestinal tissue that means organoids could be suitable for use in human treatment.

The new ECM hydrogel provides the same level of support to stem cells in the organoid culture as synthetic gels but meets good practice standards so can be used in a clinical setting.

The study has also advanced knowledge of what is needed to develop a wider range of organoids for use in patients.

Gels used in the development of organoids play an important role in determining the final tissue that is grown. Researchers found their new ECM hydrogel could be used to support cell growth not only in small intestine tissue, but also for liver, stomach and pancreatic tissue.

Their findings mark a step towards clinicians being able to use laboratory developed organoids in clinical settings. 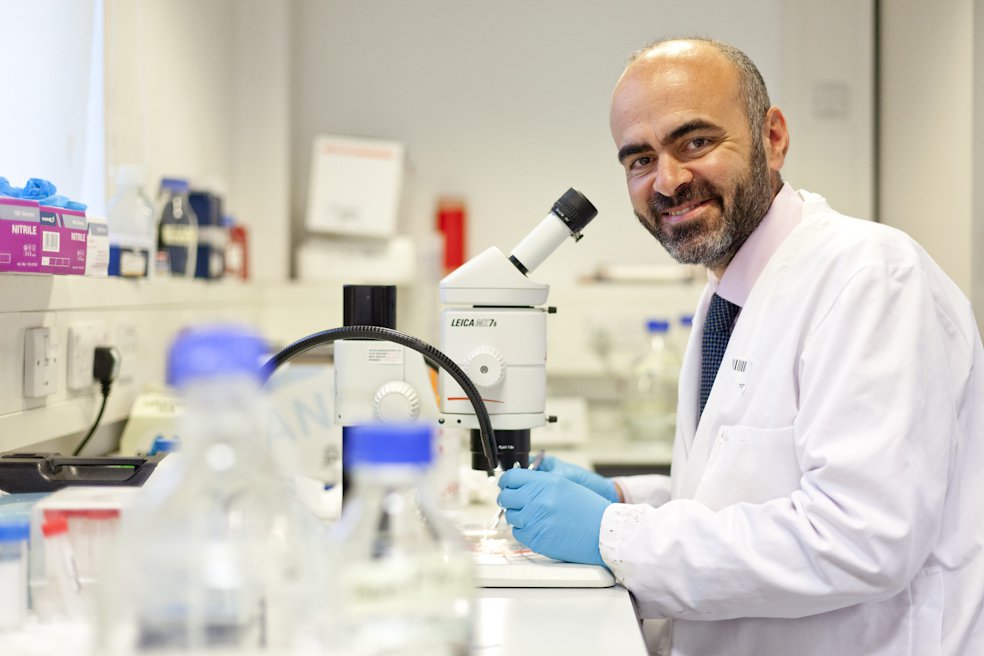 “There is a huge potential for organoids to open up regenerative medicine and advance how we treat complex conditions. Our findings mark a major step towards seeing tissue grown from stem cells being used in clinical settings to treat patients.  This could open up the possibility of providing organoid transplants for patients affected by devastating diseases such as short bowel syndrome to improve intestinal function.”

Research was conducted by a team from UCL GOS ICH, the Francis Crick Institute, ShanghaiTech University, the Royal Netherlands Academy of Arts and Sciences and University Medical Center Utrecht, Princess Maxima Centre for Paediatric Oncology Netherlands and the Telethon Institute of Genetics and Medicine in Italy.

Please note that the image of the Organoid used in this article is the copyright of Professor Paolo De Coppi.

People power being used to analyse eye research at GOSH

Months of work will be completed in a few days as members of the public help to examine high-resolution images of the potentially blinding eye condition, uveitis, as part of a project working across GOSH, UCL GOS ICH and Moorfields Eye Hospital.

A commonly used means of delivering additional oxygen to children in intensive care is not as effective as many clinicians assume, new research involving GOSH teams has found.