Research teams at GOSH and UCL GOS ICH have uncovered key inflammation pathways involved in Juvenile Dermatomyositis (JDM), and used an existing drug, N-acetyl cysteine (NAC), to reverse the inflammation in cells. This could open up new avenues for treatment and improve care.

Juvenile dermatomyositis (JDM) is a rare autoimmune condition where the body’s defence system (designed to stop infections) attacks muscles and skin, leading to muscle weakness and skin rashes. Treatments used in JDM suppress this overactive defence system, but they do not work for all patients and can cause unwanted side effects, further worsening a severe condition. If we could understand exactly which part of the body’s defence system was causing these problems, we would be able to better target the condition with more effective medications for patients at GOSH, throughout the NHS and even worldwide.

This new research, led by Dr Merry Wilkinson at University College London Great Ormond Street Institute of Child Health (UCL GOS ICH) and published in Annals of Rheumatic diseases, has studied the DNA of children with JDM (patients from GOSH and 16 centres across the UK) to see which genes are switched on and off in immune cells called monocytes. The team found that the genes responsible for mitochondria (the ‘powerhouse’ energy producers of the cell) were less active in children and young people with JDM - even those already on strong treatment – when compared to children without JDM.

The mitochondrial DNA from children and young people with JDM was also found to be ‘oxidised’ and this can switch on genes that lead to inflammation. However, the team found that these genes could be switched off in immune cells, by blocking the oxidation pathways and by using an existing anti-oxidant drug called N-acetyl cysteine (NAC). 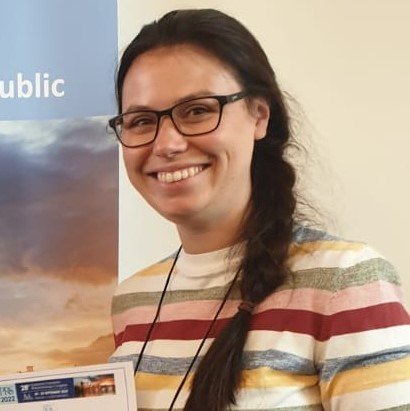 Juvenile Dermatomyositis is thankfully a very rare childhood autoimmune disease but there is a great need for more targeted treatments as it’s poorly understood. We believe these discoveries will allow us to look for new and very specific drugs to improve the treatment of Juvenile Dermatomyositis and provide better care for those living with the condition. We are extremely privileged to work on the Juvenile Dermatomyositis Cohort and Biobank study, one of the largest databases of both clinical and biological JDM samples in the world, and very grateful to all the patients and families who donate samples to research like ours. This study is a great example of clinical and research teams coming together as we couldn’t develop our findings and help patients without clinical teams supporting recruitment, sample and clinical data collection.

This research was supported by a variety of funders, including the NIHR GOSH Biomedical Research Centre, Great Ormond Street Hospital Children’s Charity, the National Institute for Health and Care Research, CureJM, Versus arthritis, The Medical Research Council, Wellcome and others

GOSH research and innovation image competition 'A Moment of Discovery'

Combining expertise for more efficient clinical trials of the future

A group of researchers and clinical scientists have combined their expertise to develop a new way to monitor the progression of movement disorders and increase the efficiency of clinical trials.