Celebrating 50 years of service at GOSH!

Glenn Anderson, Clinical Electron Microscopist, is celebrating an amazing 50-year anniversary working at Great Ormond Street Hospital. We spoke to Glenn to find out about his career in Histopathology over this milestone.

“I started working in Biomedical Sciences purely by chance. I’d just completed my A-Levels. They were a strange mixture of biology, geography and mathematics, which were the subjects I liked at the time, but not exactly ideal for a career in medical sciences.

“I was thinking of what to do next. I was 18 and I didn’t want to have a year floundering around. At that time Biomedical Science was not a subject that you went to university for and there was very little career guidance in that direction. I saw a job advertised in the newspaper for a medical laboratory technician at GOSH. They invited me to come over to meet the head of the department and I was offered the job soon after.

“It was nice to come and work at the hospital because it had a good reputation – even I had heard of GOSH. It was fortuitous joining the Trust.”

“At that time (in 1969) most trainees would rotate between the four major disciplines in Pathology: Biochemistry, Microbiology, Haematology and Histopathology. You’d spend six months in each of those disciplines to get an idea of what you wanted to do.

“I came primarily to Histopathology. That is where a sample of tissue is sent for examination. Extremely thin sections are cut and stained for microscopical diagnosis by a pathologist.

“Histology deals primarily with tissue samples though we also look at cytology specimens. It’s about making or confirming a diagnosis and helping the clinical management of the patient.

“Our major specialities include tumour diagnosis, renal disease and neuro-muscular disorders – areas where the morphological changes seen down a microscope might provide more information than other investigations.

“I went to college for professional training. College in those days was a day release once a week, and two evening classes along with on-the-job training. Career entry with a BSc in Biomedical Sciences is now the norm, and then specialisation often with an MSc and sometimes a PhD.”

Life in the labs

“Throughout my time here, moving laboratories is a defining memory – each one has had its own quirks.

“During 1960’s-1970’s most but not all the labs were based in the Southwood building. Histopathology was on the fourth floor and we had the surgical ward down the corridor, on the same floor, very useful for accessing patient notes and speaking to surgeons and clinicians caring for the patient. Occasionally, older patients accompanied by medical staff would come into the department to follow their samples, just to keep an interest going for them as well! Unheard of today.

“In 1978 Histopathology moved to the newly built Institute of Neurology, Queens Square. This was a real bonus for the amount of additional space we were allocated over there. It allowed the department to expand its repertoire of work including special investigations such as immunocytochemistry and electron microscopy.

“Our first pathology wide computer system for reports and results came in 1988. We appointed a computer manager who would trouble shoot and walk us through any upgrades we requested.

“It became apparent that all pathology disciplines were desperate to expand and to be physically located together. With the generous support of private donations, the laboratory management started to plan a new building. In 1996 we all moved to the Camelia Botnar Laboratories.” 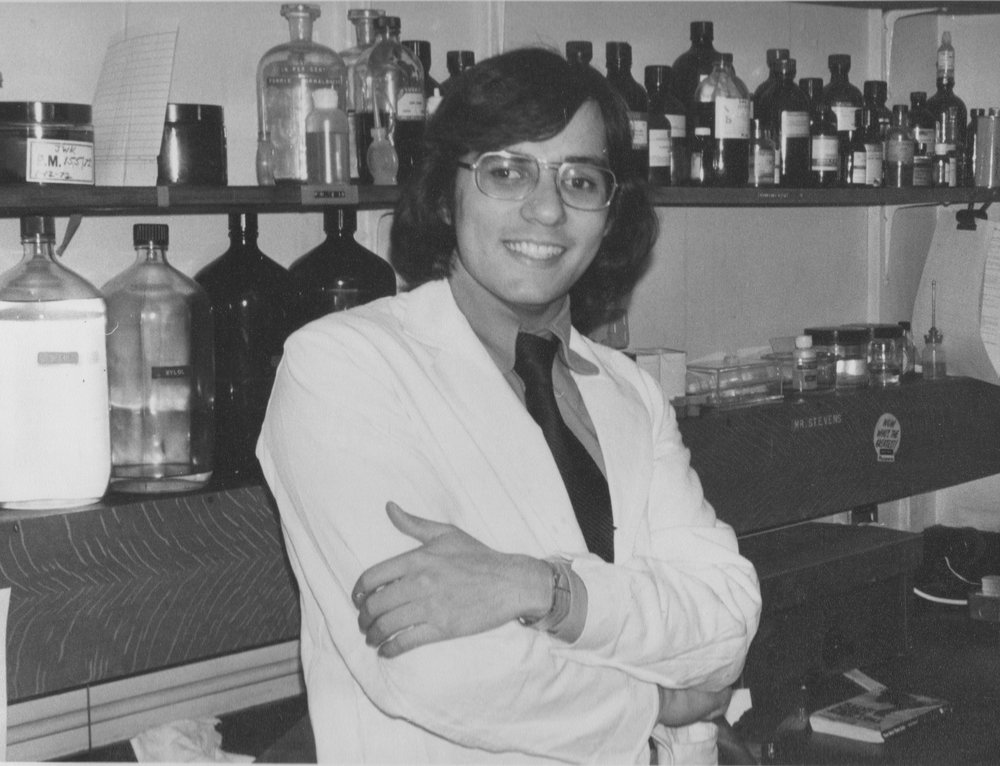 “Over the years I developed a keen interest and expertise in electron microscopy and this specialised work has grown as there are relatively few EM units in the UK. The electron microscope provides much better resolution to see things like viruses and to highlight sub-cellular elements present in some rare and challenging conditions - structures which can’t be seen with a standard light microscope.

“In 2009 I was offered a standalone Clinical Electron Microscopist post. We get referrals from across the UK and abroad for unusual paediatric diseases, particularly rare metabolic disorders.

“We probably see the greatest range of different pathologies and sample types of any unit in the UK. Visitors who come here for training are astonished with the range of examples we can show them.”

“Why have I stayed at GOSH for so long? Firstly, the work is interesting and it’s always been an extremely friendly department. Some of my colleagues have been here over 20 years – you do get caught up in the fascination for the subject and the ethos of the hospital.

“In terms of learning paediatric pathology this has to be the foremost centre for doing that. There are other paediatric hospitals around the country, but none see the range of disorders we do. That’s what draws you in here – the work itself. Also, the fact you can advance research and then spread the knowledge by presenting papers at conferences. It’s been an enjoyable career so far!” 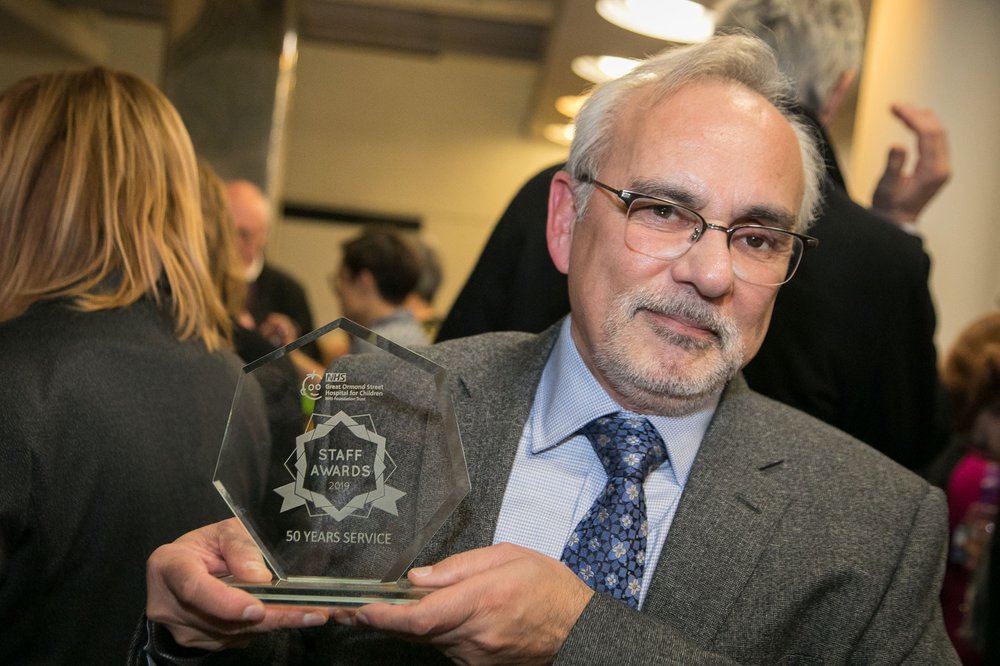 Congratulations and thank you for all your work, Glenn!

Meet the brilliant people behind our clinical trials

We are committed to carrying out pioneering research to find treatments and cures for some of the most complex illnesses. We often have over 500 research projects active at one time. Meet the people who help make this happen.

Industrial action at GOSH: update for families and visitors 18 February 2022

Yesterday (17 February), we came to an agreement with the union and protesters are now legally required to adhere to the provisions of a Court Order which includes keeping protests within three specific designated areas.

How we bring critically ill children to GOSH: then and now

Since opening our doors in 1852, we’ve experienced many breakthroughs in research, technology, and our practices. The technology that enables us to transfer critically ill children has improved significantly.

Professor Russell Viner, a non-Executive Director at Great Ormond Street Hospital for Children, has been made a Commander of the Order of the British Empire (CBE) for services to child and adolescent health, particularly during Covid-19.