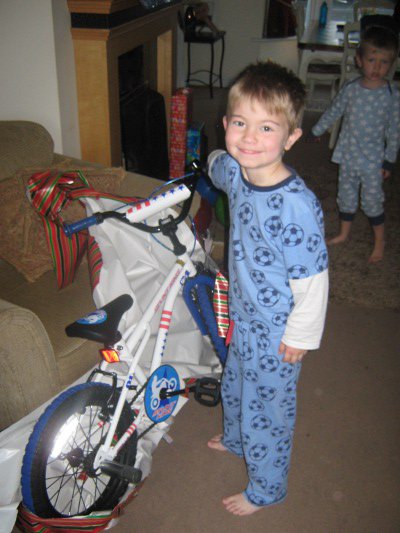 Aaron was four months old when he was diagnosed with long segment tracheal stenosis (LSTS).  He was soon rushed to Great Ormond Street Hospital (GOSH) under the care of Professor Elliott and the Tracheal team.  "Like other LSTS patients, Aaron had a rocky road to recovery resulting in two metal stents being placed in his trachea.

"In the first couple of years, we visited GOSH on a regular basis for bronchoscopies and stent dilations.

"Six years on, Aaron still visits GOSH once a year. He has grown to be a wonderful, happy little boy who lets nothing stand in his way.  He attended pre-school and started primary school in September 2011.

"He is doing very well. He loves swimming lessons every Saturday and has just achieved his 10m badge.  He loves to take his scooter to the skate park and enjoys nothing more than a speedy ride on his BMX bike. Aaron’s best friend is his little brother, Ethan, who's a year and nine months younger than him. They play and fight like all brothers do!

"As Aaron is getting older he is starting to understand his condition a little more - even at the age of six he knows his limitations (which aren’t many). Aaron loves life and has decided he wants to become a doctor!"