The journey to recovery 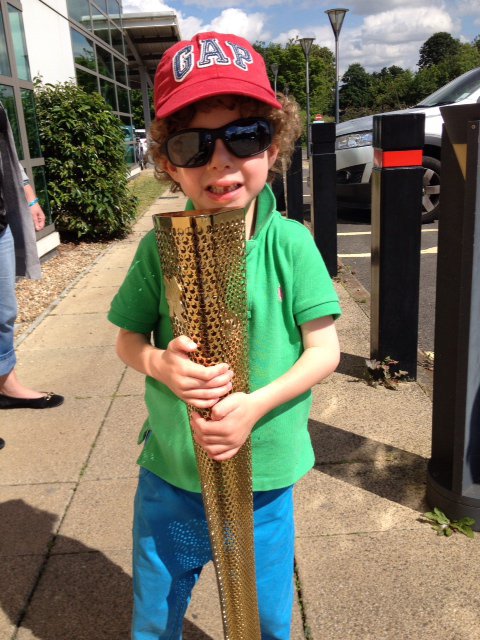 When Ben’s parents received the phone call to say a date had been set for his surgery, they felt a mix of emotions. Here they describe their experiences of Cardiac Intensive Care Unit (CICU) and the journey to recovery. "The phone call came just after Christmas in 2008. We were walking towards the gates of Disneyland in the snow. As I clicked ‘end’ on my handset I felt a wave of panic. We had just been given a date for our two-year-old son’s surgery to reconstruct his airway. I don’t think I had really believed it was happening until that moment.

"We were in Paris. What on earth were we doing? We had already been told that Ben was lucky to be alive and that a minor cold or infection could be fatal. Why had we thought it was a good idea to bring our fragile little boy abroad? In the winter? Because we needed to do something spectacular and memorable as a family. Just in case it was the last memory we had. We had mitigated the risks as far as possible, of course, and informed Ben’s doctors of our plans but, in that moment, it still felt like surreal madness.

"Those days and weeks after diagnosis and waiting for surgery are the worst. You feel utterly helpless and seem to have all the time in the world to question everything. Are we making the right decision? Do the doctors really know what they are talking about? Will Ben understand what is happening to him? How will he cope? Will he survive? How do we go on if he doesn’t?"

The day of surgery

"The day of surgery itself is as awful as you would expect. Hours of waiting around, trying to entertain a hungry, thirsty and very grumpy toddler, while signing consent forms and meeting the surgeon (in our case the amazing Professor Elliot) and the anaesthetist. And then you hold them while they are put to sleep and hand your precious child over. Nothing more you can do – apart from go and wait.

"We feared the worst when Professor Elliott called earlier than expected. We were in a nearby café watching President Obama’s inauguration on the TV. Ben was safe, he was strong and his surgery had gone well.

"We rushed back to the ward desperate to see our little man. But within minutes of giving him his first cuddle on Cardiac Intensive Care Unit (CICU) all the parents were asked to leave. Another child needed a procedure on the ward and we were locked out. Those were the most agonising two hours of all. We just wanted to be next to Ben, to touch him so he would know we were there."

"We could see him through the window and I remember feeling so angry that we couldn’t be with him.  Of course, it was one of the quirks we gradually got used to living on CICU. Ben himself had a number of procedures on the ward, causing the other parents to get booted out just as we had been. We were warned very clearly that intensive care would be difficult and there would be ups and downs in Ben’s recovery.

"There were some real downs. A call from the ward at 5am telling us Ben’s lung had collapsed again and he had had yet another drain inserted in his chest. Arriving one day to find a new potent drug being hooked up to a drip – this one so toxic it could not be exposed to daylight. Looking into Ben’s pained eyes as he fought against the ventilator, pleading with me to help him. Overhearing the family next door being told their baby would not make it.

"But the highs were joyous. The tiny hand squeezing my finger. A cuddle with Ben on my lap (still hooked up to the ventilator). Good news from Professor Elliott after a bronchoscopy. Hearing Ben’s voice for the first time after surgery. Watching Finding Nemo for the hundredth time and seeing a smile on Ben’s lips. Hearing the ‘H’ word (home) mentioned for the first time.

"Walking through the front door after leaving hospital is terrifying. You are on your own now and entirely responsible for keeping your child safe and well. Of course, you have instant access to the hospital and doctors on the end of the phone should you need them. But you are in charge. You are responsible for all care. It is a mistake to think getting home is the start of a new, healthy life together – in reality, you are still very much on the journey of recovery." 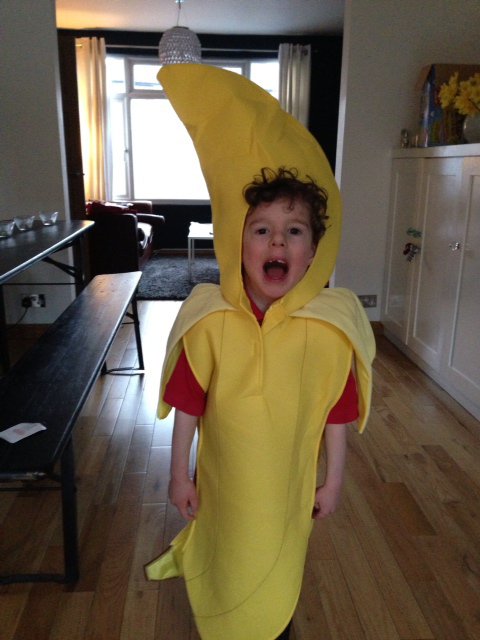 "Ben spent his first few weeks at home being weaned off the morphine. He had suffered terrible opiate withdrawal while in hospital but the team were determined not to let it stop us from getting home. A community nurse came out every day to check Ben’s blood pressure and help us manage the doses. We returned regularly to GOSH for Ben’s bronchoscopies, every time experiencing the fear and uncertainty of putting him under anaesthetic, but knowing it was the only way to keep him well.

"Throughout everything, the tracheal team were incredible. We felt fully supported at home and even our most irrational fears were considered, discussed and gently dismissed. Ben’s progress was, by all accounts, supersonic. The challenge for us was to see through the scars, the medication and the gastrostomy and focus on the little boy underneath all the medical problems."

"Ben always had an amazing knack of hitting some enormous developmental milestone while in hospital or recovering from a major operation. He had decided to start crawling while hooked up to a gastrostomy feed for 22 hours a day. As a result, he was behind other kids his age with a lot of the physical things - running, walking and fine motor skills, like holding a pencil properly. But he was (and still is) a fiend at doing puzzles, and his vocabulary has always been pretty impressive for his age.

"Hospital has shaped Ben’s character too. He is a sensitive soul who is always considerate of other people’s feelings. He understands he has been unwell but doesn’t see himself as different to other children. He may still seem fragile to me, but his personality is a force to be reckoned with."

"There are still ups and downs with Ben’s health even now, four years after surgery. Bronchoscopies are yearly and everything is stable. It’s easy to forget how seriously ill Ben was back then – especially when I see him waving to friends from his scooter on the school run. In fact, there was a time, in our darkest hours, when we feared Ben wouldn’t ever make it to school. But life isn’t the same for us as other parents. It never will be.

"We still sleep with a baby monitor in Ben’s room in case he has problems breathing – a regular occurrence, particularly if he has a cold. We are familiar with the local ambulance crews after many blue-light rides to A&E, where very few people have ever heard of a slide tracheoplasty. Antibiotics are part of Ben’s daily life – they keep him well from October to April every year.

"Ben can’t keep up with the boys in his class, particularly now they want to play nothing but football, but he is incredibly resilient, and very popular with the girls. Play dates are awkward. How do we explain to other parents about using Ben’s inhaler and when to call an ambulance, without freaking them out completely? Sleepovers are not on the agenda, except with trusted grandparents. Not all of these things are directly related to Ben’s airway problems and every child with long segment congenital tracheal stenosis has a different experience (and complications)."

"Life is very good for Ben now and attitude plays a very big part in how you view the future. The doctors at GOSH have always been clear that tracheal surgery is about improving quality of life rather than being a ‘cure’.

"There simply isn’t the data to predict accurately what the long-term prognosis is. You can look at that another way – there is no data to suggest Ben won’t live a long and happy life (with a bit of medical support along the way). We choose that view. It means Ben can live without fear, without his parents constantly wrapping him up in cotton wool and allowing him to enjoy life to its full – that’s what makes him the happy little boy he is today."