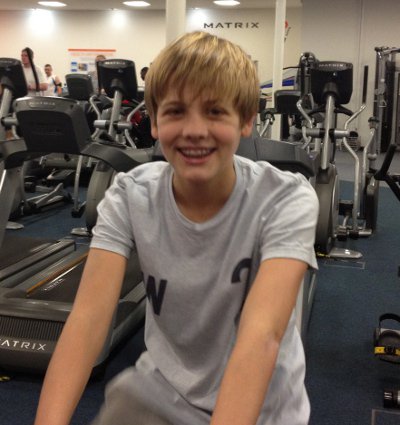 Adding to a long list of pioneering initiatives, Great Ormond Street Hospital (GOSH) has set up the first ever cystic fibrosis frequent flyer programme in England. But what is it and how is it making a difference for our patients?

For people with cystic fibrosis (CF), daily life is tough. Cystic fibrosis is one of the UK’s most common life-threatening inherited diseases. It affects the internal organs, especially the lungs and digestive system, by clogging them with thick sticky mucus.

People with cystic fibrosis have to undergo intensive daily physiotherapy sessions to help clear their lungs, and have specific nutritional needs. Due to the nature of the disease, they often have to spend long periods of time in hospital.

The CF team at GOSH developed the frequent flyer programme (FFP) to enable cystic fibrosis patients to spend more time at home without the need to be admitted to hospital.

"We also looked closely at their nutritional requirements as we believe careful attention to dietary issues significantly affects this group."

The CF team recruited their top 15 frequent flyers, children who have required more than 40 days of intravenous antibiotics in hospital over the last year.

"We have seen improvements in a number of outcomes, with some of the children able to spend more time at home because we have increased the amount of time between their routine hospital admissions.

"Some of these patients are also showing an improvement in lung function and exercise tolerance which is excellent. They are also reporting they experience less of a dip in their general quality of health before they have to come in to hospital.”

"In the future we hope to explore the impact of this programme on the long-term outcomes of these patients, and to extend it out to a wider population within our clinic."

The CF team reported one-year findings of the programme to the Trust in October 2011.

Chief Executive Jane Collins said: "I would like to congratulate the CF team for their persistence and ongoing hard work with this project. It is a great example of how the Trust takes a multidisciplinary approach to much of its work and we hope this programme will benefit many more of our patients in the future."

Tom was diagnosed with cystic fibrosis when he was six weeks old. By the age of nine, he was spending two to three weeks in hospital every couple of months for IV antibiotic treatment.

Tom was one of the first patients to enrol on the frequent flyers programme. His home physiotherapy routine was monitored regularly. He also attended a weekly personal training programme at Hertfordshire Village Sports, which included 20-30 minutes of high intensity cardiovascular training, followed by 20-30 minutes of strength and core-conditioning training.

Tom’s mum Karen told us about the programme: "The physiotherapist comes out to see Tom once a week after school, and has made Tom appreciate just how important having excellent fitness is as a CF patient.

"Tom now plays for two football teams and goes to the gym on a weekly basis for a 60-minute personal training session. It is wonderful to see him doing lots of the same things as his peers.

"Tom also has a designated dietitian which is an important part of the programme. CF patients need to maintain a healthy weight, as being underweight or losing too much weight can reduce their lung function. The programme has been fantastic for him and for us as a family. It has made a huge difference to Tom’s health and he now has a much better quality of life."

Thanks to the frequent flyers programme, Tom is able to exercise at the same level or sometimes higher than his peers at school and maintains a good weight. His aerobic fitness has improved and his muscles are stronger - as a result his lung function has also improved.

Most importantly for Tom, his hospital admissions have been reduced by half when compared to the previous year, meaning Tom is now spending more time at school and socialising with his friends.