Our BRC research programmes are already demonstrating clinical impact and benefit to patients treated at GOSH and around the world.

Find out more about our commitment to live-saving research

Each of our Research Themes has their own Impact page but you can also read just some of the examples of how our research is changing lives: 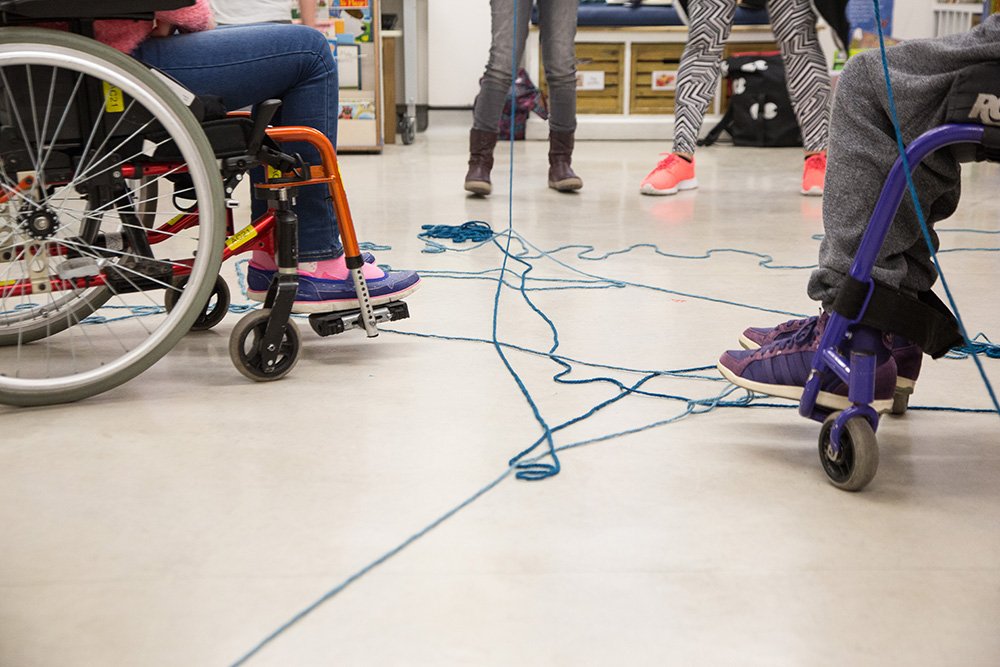 DMD, the most common muscular dystrophy, affects 1 in 3500 boys. It causes increasing muscle weakness because children with DMD cannot produce the protein needed to make muscles work. This means that most boys are unable to walk by their early teens, have breathing problems by their late teens and most die soon after.

GOSH BRC investigator Francesco Muntoni leads the UK North Star Network which follows 1500 boys with DMD. This network has identified new clinical features and markers which allow us to monitor disease progression more closely. These measures are now used in all clinical trials to see if new treatments work.

Development of golodirsen, a new therapy for DMD.

Muntoni’s team pioneered a new genetic therapy ‘antisense oligonucleotide therapy’, which helps affected boys to replace some of the defective muscle protein missing in DMD. With European FP7 funding, he led the SKIP-NMD consortium, working with Sarepta Therapeutics; partners in Newcastle, Rome and Paris; and five patient advocacy groups. First, this consortium identified the best genetic “molecular patch” using muscle cells from patients stored in the GOSH MRC/BRC tissue bank. Then, using the new clinical features and markers developed, the team investigated the effect of golodirsen on muscle biopsies from treated patients. Finally, the consortium started a longer trial comparing golodirsen with no treatment in boys with DMD, both to show that the treatment was safe and then see how effective it was in restoring the defective protein production, and improving the symptoms of DMD.

Results from the golodirsen study.

At GOSH we found that golodirsen was well tolerated in boys with DMD.  Analysis of their muscle biopsies showed a significant increase in the targeted protein and reduced damage in their muscles. More recently, we showed that boys who received golodirsen in the SKIP-NMD trial had a better quality of life than boys who had not received this treatment. Golodirsen halved the decline in walking and breathing, with fewer treated boys becoming wheelchair-bound.

The path to regulatory approval.

Based on these findings the US Food and Drug Administration (FDA) conditionally approved golodirsen for clinical use in December 2019. Francesco Muntoni and his team are now leading a larger trial, sponsored by Sarepta, aiming to provide further evidence of golodirsen’s effectiveness in a larger population. It is hoped that this trial will allow golodirsen to gain approval for use across Europe. 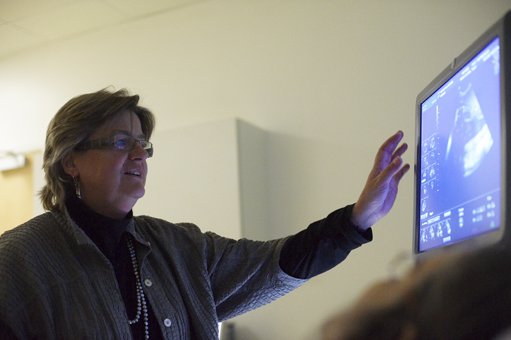 Very sick babies and children in paediatric intensive care units, or unborn babies with malformations found on ultrasound, often have rare genetic conditions. It can take years and multiple tests to make the diagnosis, which delays treatment and is too slow for use in pregnancy.  New genomic sequencing tests let us investigate all possible genetic changes in our genome in one go, but it’s complex and often slow.

BRC researchers developed new methods to rapidly examine DNA from parents and their child or unborn baby (‘trio exome sequencing’) with results in two weeks. Working with our partners in Birmingham on a nationwide study, we identified which problems in unborn babies were most likely to be genetic, e.g. multiple malformations, or skeletal problems. Our studies helped NHS England include rapid genomic sequencing in the National Genomic Test Directory (the register of approved genomic tests for NHS use) so everyone in England can access these tests if needed.

Throughout our research we seek families’ and health professionals’ perspectives to ensure tests meet their needs, with parent advocates included in our research as co-applicants on grants and advising on interacting with parents in these difficult circumstances.

“…it was incredibly important for me to have that information because that helped me have solid information from which I could then make decisions and research and understand what it was that we were dealing with.” [Parent with a diagnosis]

“So to actually be able then to sit down with the couples and say ‘OK, we now know exactly what this is and what to expect’ I think was very good for both of them” [Genetic counsellor]

Rapid sequencing for babies and children began in October 2019 and is delivered from Exeter. In the first year a diagnosis was made for 39% of children, changing management in around a third to a new treatment, or to the initiation of end-of-life care. Rapid sequencing for unborn babies has been delivered from GOSH and Birmingham Women’s and Children’s NHS Foundation Trust since October 2021. In the first 11 months the service made a diagnosis in 38% of cases, within 13 days of the tests, allowing parents to make informed decisions about continuing or ending pregnancy, or changing the place of birth to enable early expert treatment. 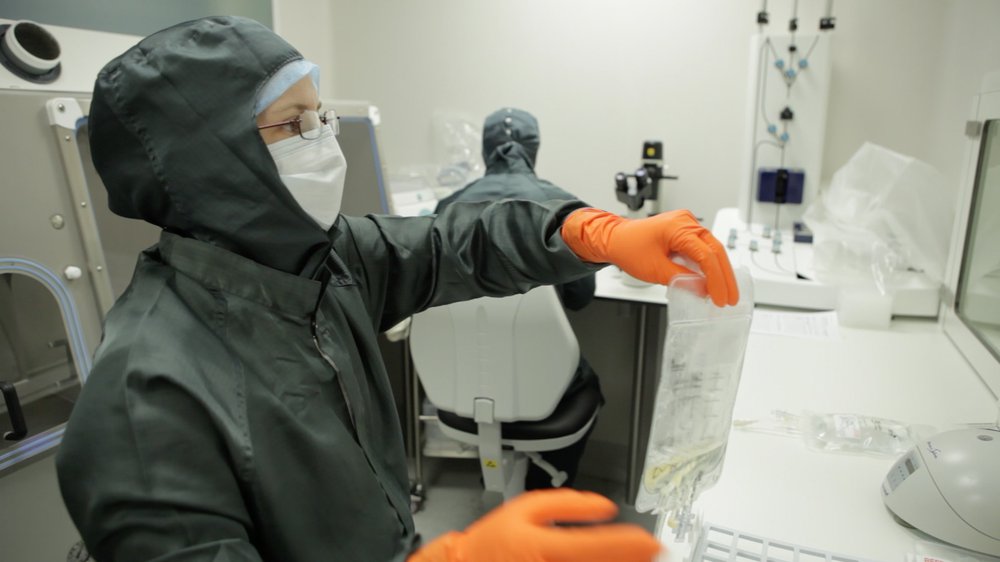 GOSH investigators Adrian Thrasher and Bobby Gaspar pioneered the development of haematopoietic (blood-based) stem cell (HSC) gene therapy. This led to the formation in 2015 of the biotechnology company, Orchard Therapeutics PLC which helps fund the complex and expensive trials needed to get regulatory permissions to introduce new gene therapies into clinical care.

In the 1990’s GOSH began developing HSC gene therapy for severe immunodeficiencies, conditions caused by a faulty gene making the immune system fail. Most children die unless they receive a bone marrow transplant but finding a ‘matched’ donor is difficult and transplants are often rejected.

Inserting a normal or functional gene copy into a patient’s own HSCs has the potential to correct the condition and prevent complications associated with bone marrow transplant. Researchers at GOSH developed viral vectors that can carry the gene into HSCs. They then led some of the first ever clinical trials demonstrating gene therapy could correct a genetic disease by treating X-linked Severe Combined Immuno-Deficiency (SCID) and ADA deficient SCID. However, there were complications as the viral vector used to carry the healthy gene was also able to activate oncogenes (genes that cause cancer) and some patients receiving gene therapy developed leukaemia.

They then developed new vectors that are safer because they can’t activate oncogenes. These have been used in clinical trials in X-linked SCID, Wiskott-Aldrich Syndrome, X-linked chronic granulomatous disease. They have been shown to work long-term and are very safe. A trial for ADA-SCID, at GOSH and in America, showed 100% overall survival, compared with 50-85% for bone marrow transplant.

The strength of these data, together with other pre-clinical developments resulted in commercial opportunities for licensing and spin-out companies to raise funds to continue the research and translate discoveries into medical care. With funding from FPRIME, a venture capital firm, and the UCL Tech Fund, Orchard Therapeutics was formed and has grown into a 270-person company, with offices, research and manufacturing facilities in London, Boston and San Francisco. Orchard raised approximately $645M in investments and was listed as a public company on Nasdaq, the USA stock exchange, in October 2018. It has a current valuation of $1.25B.

The creation of Orchard, resulting from BRC research, has positive impacts not only on the health outcome of patients with severe genetic conditions, but more broadly on the future development of genetic medicines and the UK biotech sector and economy.