The V&A Museum at GOSH

In March, the hospital arts programme, GOSH Arts, collaborated with the Victoria & Albert Museum (V&A) to deliver a 3D-printing project with children in Great Ormond Street Hospital's (GOSH) bone marrow transplant wards, Fox and Robin.GOSH are currently trialling a new experimental treatment for BMTs and, subsequently, there are more teenagers on Fox and Robin Wards than normal. The V&A project was a perfect opportunity to engage these young people and allow them to explore the possibilities of contemporary digital design techniques and methods of making during their stay at GOSH.

Alex Flowers, the Head of Digital programmes at the V&A, spent three days with young people on the wards, experimenting with 3D-printing software, which allows users to squeeze, pull and push a digital ball of clay to create their own unique form, which were then printed in the ward (like the photo of a vulture, above). The young people were able to engage digitally with the collection – using the 3D scans and the 3D-modelling software, like patient Emilija below – and physically with the production of their physical 3D-printed model. 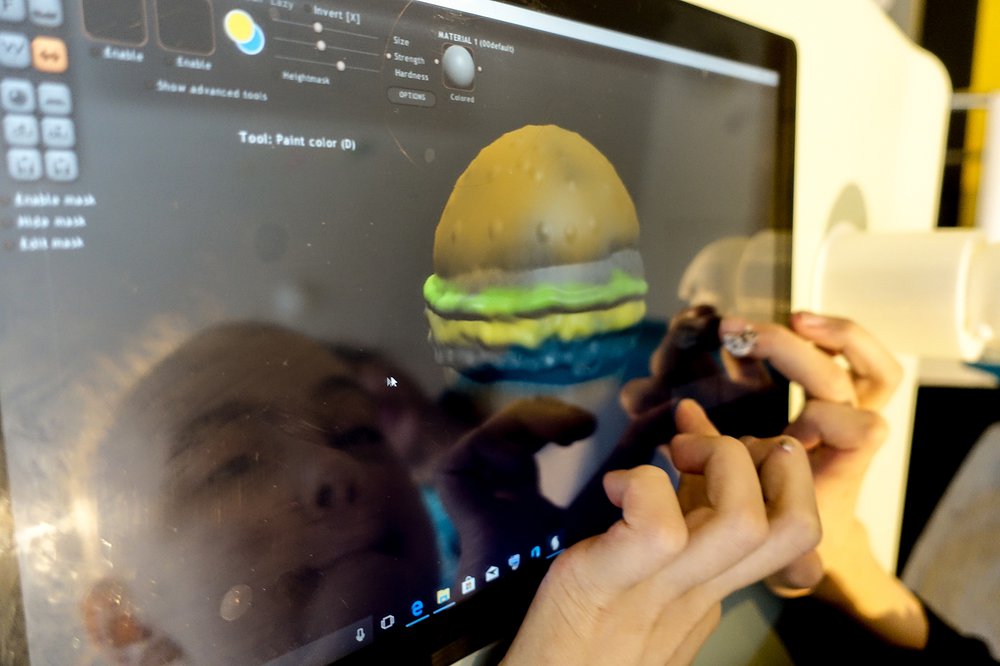 The young people built narratives around their sculptures, giving them their own history, background and stories, which Alex shared with the other young people on the ward involved in the project. Sometimes, the young people used each other’s 3D models in their work, which was a great way to make connections and build intangible communication networks.

The project also inspired the staff on the ward, who were really engaged and excited by the concept of 3D printing, and they couldn’t wait to see what the young people made. They even discussed the potential for using the technology within clinical care, and an immunology nurse asked to have a 3D model of a thymus gland (which develops the immune system and teaches it how to recognise and attack the body's invading germs) to use as a tool to help explain treatment to the young people and children on the ward.

The young people and their families were excited by how easy it was to use the software and how quickly they could build their own 3D models. The software that was used during the project is free to access on iPads, devices that many of the young people already owned or were able to access thought the Play team at GOSH. As a result, they could continue to experiment and improvise with 3D modelling during and after their stay at GOSH using the skills and techniques that Alex had shared with them.

Many thanks to the V&A Digital Programmes team for making this 3D-printing project possible.

Find out more about GOSH Arts, or email GOSHArts@gosh.nhs.uk.