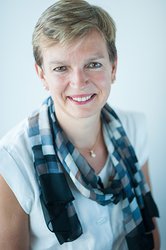 Professor Rosalind L Smyth (CBE) has been a Consultant in Paediatric Respiratory Medicine at Great Ormond Street Hospital (GOSH) since 2012.

She is Director of The Institute of Child Health at University College London and Honorary Consultant Respiratory Paediatrician at GOSH.

Rosalind received a CBE in the Queen's New Year's Honours list of 2015.

Until September 2012, she was Professor of Paediatric Medicine in Liverpool UK, where she was Director of the UK Medicines for Children Research Network, which supports all clinical research with children in England.

Respiratory paediatrics with an interest in cystic fibrosis.

Her current research interests include clinical studies of viral/host interactions in RSV bronchiolitis, clinical trials and systematic reviews of treatments for childhood respiratory disease. She is a Fellow and recent Council Member of the Academy of Medical Sciences (UK).