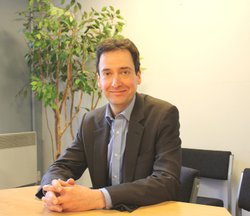 Professor Michael Burch is a Paediatric Cardiologist and Head of the Department of Cardiology at Great Ormond Street Hospital (GOSH).

Professor Burch was appointed a consultant at GOSH in 2001. For seven years prior to this was a Consultant Paediatric Cardiologist at the John Radcliffe Hospital in Oxford, and Honorary Senior Lecturer at Oxford University.

Until 2015, Professor Burch spent seven years as the Associate Editor and Correspondence Editor of the journal Heart BMJ. He is a hospital inspector for the Care Quality Commission and a member of NHS BT Cardiothoracic Advisory Group, as well as the Secretary of the British Congenital Cardiovascular Association.

I am honoured to lead a team of cardiologists that are so committed and dedicated to their patients and who have such high standards. There is no other hospital I would rather work in.

Professor Burch sees referrals with a broad range of diagnoses.

Professor Burch is Professor of Paediatric Cardiology at University College London (UCL) and has published more than 130 scientific papers. He takes both PhD and MD students. He lectures widely and has been visiting professor in Australia and Singapore. He has research links with leading centres in North America and is also part of current multicentre studies in European Centres including an EU-funded project. He is also a recipient of Great Ormond Street Hospital Children's Charity research funding.