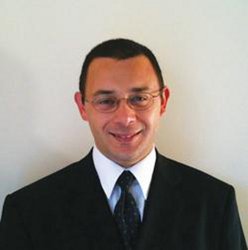 Mr Aquilina is surgical lead for neuro-oncology at Great Ormond Street Hospital since 2012, and an honorary senior lecturer at the UCL Institute of Child Health.

His other interests include the surgical management of spasticity in children with cerebral palsy, particularly selective dorsal rhizotomy, as well as hydrocephalus and neuro-endoscopy.

Mr Aquilina graduated from the University of Malta in 1995. He completed his neurosurgical training in Bristol in 2009. This included research on intraventricular haemorrhage and hydrocephalus in premature babies, for which he was awarded an MD (Doctor of Medicine) from the University of Bristol. He completed a one-year clinical fellowship in paediatric neurosurgery, and particularly in paediatric neuro-oncology, at St Jude Children’s Research Hospital in Memphis, Tennessee.

He was appointed Consultant Neurosurgeon in Bristol in 2010. In June 2012 he was appointed Consultant Paediatric Neurosurgeon at GOSH. He also has a sub-specialty interest in the management of spasticity and set up the selective dorsal rhizotomy service for cerebral palsy in Bristol, and subsequently, in collaboration with the Wolfson tertiary neurodisability service, at Great Ormond Street Hospital.

His principal research interests include brain tumours in children, particularly in relation to clinical outcomes and imaging, intraventricular haemorrhage in preterm babies, hydrocephalus, and the outcomes of selective dorsal rhizotomy for spasticity in children with cerebral palsy.

Mr Aquilina has an interest in neurosurgical training and is the educational supervisor for the neurosurgical registrars and fellows in the department.