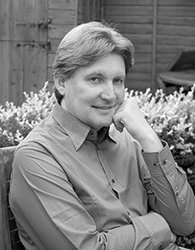 Professor Jan Marek is a Consultant Cardiologist with expertise in paediatric and prenatal cardiology and cardiovascular imaging. He has been working at Great Ormond Street Hospital (GOSH) since 2005.

Professor Marek is currently a Lead Consultant of Echocardiography and Prenatal Cardiology, and Professor at the Institute of Cardiovascular Sciences at University College London (UCL) and Charles University, Prague.

I feel strongly that the things I have learned through a career dedicated to helping patients should be transferred to the next generation of doctors, nurses, and researchers because this give us the best opportunity to improve future care for those that need it most.

Jan trained as a paediatric cardiologist in Prague, Houston, and Toronto. Since 1991 he has specialised in paediatric and prenatal echocardiography (ECHO) and contributed to establishing Echocardiography departments in Prague, (University Hospital Motol), Munich (Deutsches Herzzentrum) and London (GOSH).

Among others, he also participated in developing a nationwide foetal cardiac screening programme in the Czech Republic between 1980 and 1990. Between 1993 and 2005 he worked as a Director of the Echocardiography department and Centre of Prenatal Cardiology at the Children’s Cardiac Centre of the University Hospital Motol, Prague.

In 2005 he was appointed as a Lead Consultant in Echocardiography and later as Lead of Prenatal Cardiology at GOSH, as well as Senior Honorary Lecturer of the Institute of Cardiovascular Sciences, UCL, where he implemented all modern ECHO techniques including real-time 3DE, stress echocardiography and tissue deformation imaging, including dyssynchrony assessment.

He has successfully completed Professorship at Charles University, Prague, and was awarded Professor in Internal Medicine in 2013. In 2014, he received recognition of his professorial title by the Institute of Cardiovascular Sciences at UCL. He completed five grants as a principal investigator and published more than 150 peer review articles. He published one textbook as monograph and contributed to several other books and teaching materials.

Among others, he served as Chair of the Paediatric Cardiology working group of the Czech Society of Cardiology between 1997 and 1999, in 1999 to 2002 as member of council of the Foetal Working Group of Association of European Paediatric Cardiology (AEPC) and recently as a Chair of Imaging Working Group of the AEPC. He is also co-organiser of European educational programmes including European accreditation in Echocardiography in Congenital Heart Disease under the European Society of Cardiology (ESC) and the European Association of Cardiovascular Imaging (EACVI). Professor Marek serves as a National Examiner for accreditation in Echocardiography under EACVI.

His studies of main interest are: