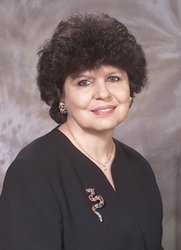 Her research and clinical work is directed towards understanding the cognitive and behavioural deficits of brain-injured children in relation to the underlying brain abnormality.

Her work is focused on developmental amnesia, brain and speech abnormalities associated with the mutation of the FOXP2 gene, and reorganisation of function after neurosurgery for epilepsy.

She subsequently joined the Faculty of Neurology and Neurosurgery at McGill University where she held a research lectureship for two years before moving to London, England.

Having accepted a faculty research position at the Institute of Child Health, University College London in 1983, she went on to undertake the leadership of the Clinical Neuropsychology Service at Great Ormond Street Hospital for Children, London in 1987, where she has remained to the present time.

During this period, she has helped create the first academic Unit of Developmental Cognitive Neuroscience in the UK for which she is Head, and where she also holds a chair, and its clinical counterpart, the Department of Paediatric Clinical Neuropsychology at Great Ormond Street Hospital.

The academic and clinical staff in the Paediatric Clinical Neuropsychology Service work collaboratively to offer a comprehensive neuropsychology service for children, adolescents and their families. Staff members are committed to translational research with the aim of improving service delivery for children with chronic or acquired brain disorders.

She is also Director of the UCL Centre for Developmental Cognitive Neuroscience. Elected as a Fellow of the Academy of Medical Sciences in 2000, she has received a number of awards, including the 2006 Jean Louis Signoret Prize for her contributions to genetics of behaviour.

Professor Vargha-Khadem is internationally known for her research on development of cognitive function after brain injury in children. She has published over 135 articles (112 in peer reviewed neuroscience and medical journals), and book chapters.

Her research has been supported by major programme grants from the Medical Research Council, Action Medical Research, The Wellcome Trust, and the National Institutes of Health, USA, and charities, such as The Epilepsy Research Foundation UK.