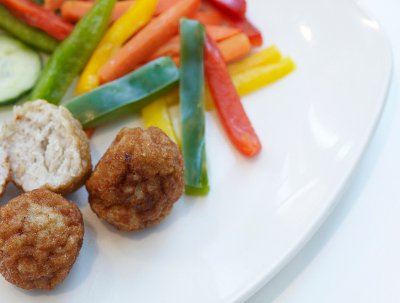 Children as young as eight have body dissatisfaction that can trigger eating disorder behaviours in adolescence finds a study led by the UCL Institute of Child Health, the research partner of Great Ormond Street Hospital.

The researchers, led by Dr Nadia Micali, looked at whether body image and weight in childhood could predict the onset of behaviours and thoughts consistent with eating disorders in adolescence. The team used data from over 6,000 participants from the Children of the 90s study (ALSPAC) when they were aged 14. The study is based at the University of Bristol. Using a scale to assess self-esteem, they found higher scores at 8.5 years had a protective effect against developing body dissatisfaction and eating disorder behaviours as a teenager.

In particular, a one point increase in the self-esteem scale at age 8.5 years decreased the odds of boys later engaging in self-induced vomiting or laxative use for weight loss at age 14 by 19 per cent.

Higher body dissatisfaction at 8.5 years also made boys and girls more likely to say that they felt pressure from the media, their family or peers to lose weight. This suggests that vulnerability to social pressures might be rooted in earlier risk factors.

Researchers are recommending that public health initiatives on body image might need to target younger children to prevent them from developing disordered eating behaviours in their teen years. The study also highlights the need to have campaigns targeted by gender, due to the different risk factors for girls and boys.

“The findings illustrate that we cannot wait around until young people reach adolescence to promote a healthy body image. Body dissatisfaction and weight problems are important risk factors that are present in childhood and might transition into dangerous disordered eating behaviours in adolescence, so interventions need to target younger children.

“We also need to consider targeted prevention strategies based on the gender-specific risks rather than take a blanket approach. While it would be reasonable to target all girls who have high body dissatisfaction in late childhood, for boys it might make more sense to focus more on those who are actually overweight and have high levels of body dissatisfaction.

“The evidence base for the efficacy of current eating disorder public health interventions is growing, but careful evaluation is required to ensure that the right risk factors are targeted at the right time.”

For further information please contact Andrew Willard at the GOSH-ICH Press Office on 020 7239 3043 or andrew.willard@gosh.nhs.uk

‘Eating disorders behaviours and cognitions in adolescence: gender-specific patterns in the prospective effect of child, maternal and family risk factors’, by Nadia Micali et al, is published in the British Journal of Psychiatry.

This independent research was funded by a National Institute for Health Research (NIHR) clinician scientist award to Dr Micali. The views expressed are those of the author(s) and not necessarily those of the NHS, the NIHR or the Department of Health.

Our charity needs to raise vital funds every year to help rebuild and refurbish Great Ormond Street Hospital, buy vital equipment and fund pioneering research. With your help we provide world class care to our very ill children and their families.