Romeo became a patient at Great Ormond Street Hospital (GOSH) when he was just two hours old, after being born with a very rare and complex heart condition. With difficult decisions ahead, Romeo's mum, Donna shares how the GOSH Palliative Care team have supported their family.“He is such a joy. I used to cry about what this boy has been through, but the second he opens his eyes he has the biggest smile. He loves life and people. He is so happy, nothing upsets him.”

Romeo became a patient at Great Ormond Street Hospital (GOSH) when he was just two hours old after being born with a very rare and complex heart condition.

Romeo needed an operation to open his airways using a shunt. Seeing Romeo go through surgery so early in his life was hard for his family, as his mum Donna explains: “We tried for 10 years for Romeo. Going through a difficult pregnancy and seeing the first operation was a lot to take in. The nurses and the play team at GOSH got me through it. The social worker and the Chaplin as well. Everyone was so kind and nice.”

Romeo was born with a hole between two of his heart’s chambers, which were also on opposite sides. His heart was to the right of his body instead of the left, with limited connection to his lungs.

Donna remembers that the seriousness of Romeo’s condition meant he needed a heart bypass much earlier than planned: “They had to get him to a certain weight for the bypass, which is why they do it at six months old. But Romeo was deteriorating and they had to go in and do the operation when he was just 12 weeks-old.”

The impact of the procedure meant the clinical team had to take the decision that Romeo couldn’t be a candidate for the next stage of surgery. Romeo’s treatment was instead focussed on ensuring he could leave hospital and go home to spend important time with his family.

Donna says: “There were days when I felt so low, but everyone at GOSH was so kind and nice. They even helped with accommodation. They did everything to make my life easier. They don’t only look after the children, they look after us as well.”

Help from the Palliative Care team

Support was provided to Romeo and Donna by GOSH’s Palliative Care team, which works with patients and their families to address the many physical and emotional issues raised by life-limiting conditions that cannot be cured.

Donna remembers her first meetings with the team: “When they first came to meet me and said they were from the Palliative Care team, I didn’t have a clue. When I realised, I had a breakdown: does this mean my baby is going to die? They were amazing from beginning and explained that their involvement in Romeo’s care didn’t mean that.

“I don’t know how it could be easier, things like this, but they make everything easier. I don’t know how long I have left with Romeo and at first I did tell them I didn’t need anyone and I wanted my son for myself. But, actually, there is only so much I can do. Romeo needs to be attended to and played with. So the GOSH Palliative Care team introduced me to local services that can help with this and it’s giving me a few hours rest.”

When he was 10 months old, Romeo was able to go home. The journey he went through at GOSH to make sure he was well enough to be at home was featured in an episode of ITV’s Paul O’Grady’s Little Heroes.

Paul was immediately won over by Romeo’s sunny character, as Donna explains: “Romeo is so trusting of people, with all his bloods being taken and meeting the nurses and doctors. He is such a joy. He loves music and playing and people watching. He loves life.”

Romeo and Donna still receive support from GOSH’s Palliative Care team, who are also helping the family with some of the hard decisions they face ahead.

Donna explains: “These people are doing nice things to give us a better quality of life. No one has said ‘we really need to do this’, they have just taken their time and asked me what I would prefer or what I want for Romeo. They give me control of Romeo’s life.”

At home, Romeo and his mum are enjoying spending time together. Donna says: “I never got to breast feed Romeo, to hold him or do the normal things that mums could do. It was a lot, but now we’re doing all that. Romeo lies on my chest and goes to sleep. He bashes and bites my nose now. He has two teeth, lovely blue eyes and red hair. He is so cute.” 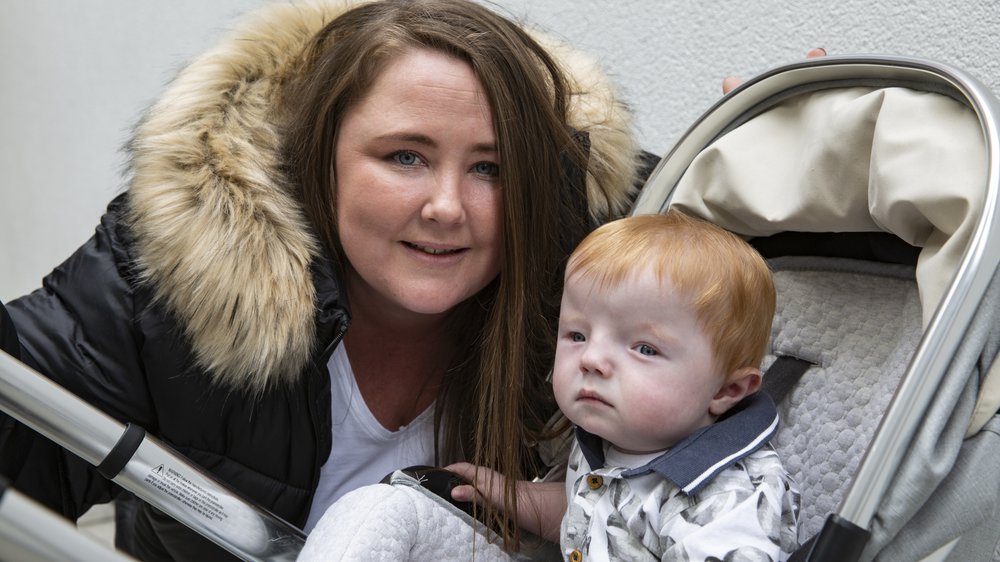 We understand that you might be worried about coronavirus – also known as COVID-19 – particularly if your child has a long-term health condition. This information sheet from Great Ormond Street Hospital (GOSH) sets out our advice and the action we are tak

As we learn more about coronavirus and are subject to another national lockdown, guidance is changing around who should take extra steps to protect themselves and what those steps should be.

In 1946, one year after the second world war ended, Nurse Christine joined Great Ormond Street Hospital (GOSH). A firm believer in the power of play, Christine was always looking for new ways to entertain and inspire the children she cared for. In this

Declan was diagnosed with a condition called medullablastoma, the most common type of cancerous brain tumor in children. Declan's mum, Tasha, shares their story and plans for a positive 2021.