Conor, aged 14, was diagnosed with Acute Lymphoblastic Leukaemia at four years old. He recently underwent a bone marrow transplant. On Paul O'Grady's Little Heroes we meet Conor during his time on the isolation ward. His mum, Jules, shares his story.“We have been at GOSH for so long it feels like a second home. I don’t think Conor could have been in a better place.”

Conor was four years old when he was diagnosed with a form of cancer called Acute Lymphoblastic Leukaemia. After a short stay at his local hospital, Conor was referred to Great Ormond Street Hospital (GOSH).

His mum Jules explains the treatment Conor first received: “When Conor was sent to GOSH he went onto a treatment regime that lasted for three years, which included daily doses of chemotherapy. He was an in-patient for around two months,on and off.

“Hearing your son has cancer is everyone’s worst nightmare. I had already had cancer myself so knew what to expect,but this was a complete shock.”

The search for new treatment

Sadly, Conor relapsed in March 2016 and was told the cancer had spread to his central nervous system. His treatment was adapted to include chemotherapy and cranial radiotherapy. In September 2017, Conor and his family were told he had relapsed again.

Conor was then offered a new treatment, as Jules explains: “The team asked us what we thought about putting Conor on a clinical trial. He ended up going on the CAR-T trial in July 2018.”

In Conor’s case,this treatment unfortunately didn’t deliver the results everyone was hoping for.

After being talked through the next steps, Conor and his family decided to seek a bone marrow transplant. A donor was eventually found in the United States. Once the sample was bought to GOSH, Jules was able to push the button to start the transplant infusion. It is hoped this will be the solution Conor needs.

Finding fun on the isolation ward

The impact of chemotherapy and radiotherapy on Conor’s immune system meant he needed to stay in isolation at GOSH whilst his donor’s bone marrow took effect. Strict controls were put in place to make sure Conor was safe from infection.

As Jules says, Conor’s family and GOSH staff still found ways to make sure he had fun: “It was really hard for Conor spending months in isolation. Eventually, he could be out for two to three hours a day, so it was lovely taking him out to Queen’s Square.

“Amy the Play Worker at GOSH was amazing. She would just pop into the room for a chat and to play games with him. She just bought him out of his shell and put a smile back on his face.”

“Conor loved it when his older brother and Dad came to stay. When it was Conor’s birthday, we had some of his family come and surprise him in the Morgan Stanley Garden at the hospital. He was so chuffed. He has spent an awful lot of birthdays in hospital.”

GOSH’s Play Team work hard to make sure patients like Conor can relax and enjoy themselves, which is important for aiding their recovery. The team also help prepare patients for medical procedures and difficult treatments.

Conor’s time at GOSH was also featured in Paul O’Grady’s Little Heroes. While Conor was in isolation, he and Paul played games through the glass of the room and chatted using the intercom about what it was like to spend so much time in hospital. Jules remembers the experience: “We are both actually quite camera shy, so it was quite a big thing for us. But we really enjoyed it. Paul was great. It was so lovely meeting him.”

Now 14, Conor has relapsed three times since beginning his treatment. Jules says Conor has been very brave and positive despite having to deal with these challenges: “Conor is such a cheeky chappie. He’s coped so well with all of this and just gets on with it. He knows there’s nothing he can do but just let the medical team get on with it all.” 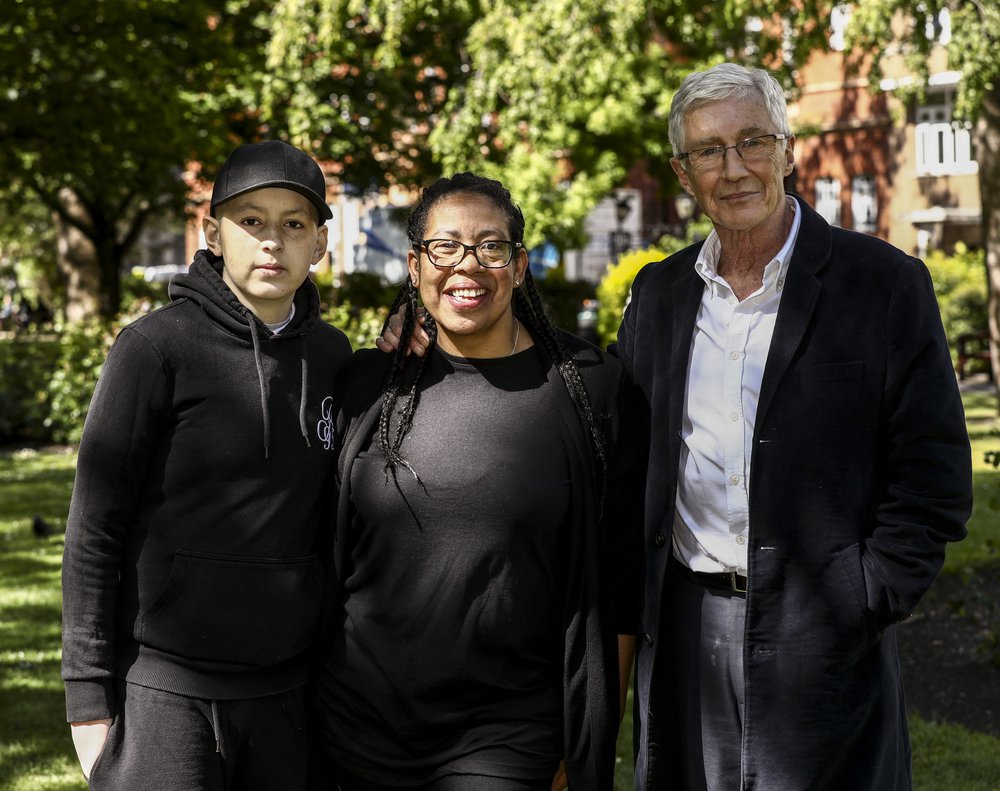 Dozens of babies with spina bifida have been spared paralysis and other life-limiting conditions after undergoing surgery in the womb in a cutting-edge procedure made available on the NHS.

On 3 July 2021 the GOSH Oncology team's cancer sports day is back, reuniting UCL and GOSH patients past and present with the wide spectrum of GOSH staff involved in their care, including doctors, nurses, physios and dietitians.