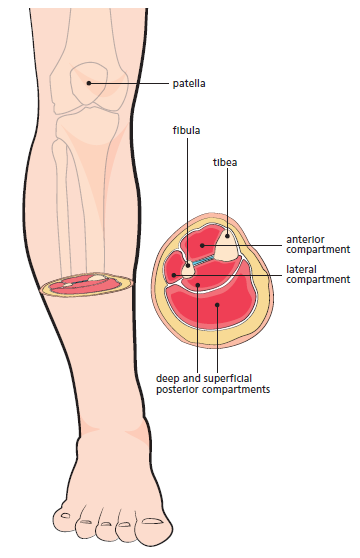 A fibro-adipose vascular anomaly (FAVA) is a complex type of vascular anomaly which may affect the muscle compartments in the arm or leg, usually the calf or forearm area. This information sheet from Great Ormond Street Hospital (GOSH) explains the causes, symptoms and treatment of FAVA and where to get help.Although it feels like we have just one muscle in our arms and legs, there are actually separate muscles, each with its own blood and nerve supply contained in a layer of tissue called fascia. Each of these is a called a ‘compartment’.

FAVA occurs when fatty and fibrous tissue forms a lump in a muscle compartment, sometimes squashing the blood vessels and nerves. Over time, the swelling can reduce movement in the affected limb. FAVA has only recently been described so it may initially be misdiagnosed as another type of vascular anomaly, such as a deep haemangioma. It is most commonly arises in children between five and fourteen years of age.

What causes a fibro-adipose vascular anomaly?

What are the symptoms of a fibro-adipose vascular anomaly?

A FAVA often starts as a lump deep under the skin, which might be tender to the touch. Over time, the lump swells. Usually the skin over the lump looks normal. The swelling becomes more painful as it grows and presses on the affected muscle which can reduce movement in the limb. The joint nearby can sometimes become difficult to bend and straighten completely – this is referred to as a joint contracture. The limb may be painful, both during exercise and at rest.

How is a fibro-adipose vascular anomaly diagnosed?

As a FAVA is such a rare condition, diagnosis is usually made at a specialist centre experienced in treating rare vascular anomalies. There is no specific diagnostic test but a biopsy – small sample of the lump – is often taken for examination under a microscope to confirm the diagnosis and rule out other conditions that look similar. Imaging, such as MRI and ultrasound scans, is usually required – these scans often show dense fatty and fibrous tissue containing blood vessels.

How is a fibro-adipose vascular anomaly treated?

As FAVA has only relatively recently been recognised, doctors are still working out the best way to treat the condition. Currently, most treatments aim to improve the symptoms caused by the FAVA. Initially, physiotherapy may be suggested to keep the limb moving. This may include the use of splints if joint contractures are causing stiffness and difficulty in bending and stretching the limb.

Surgery has been tried in selected cases to release pressure in muscle compartments, remove affected tissue and release joint contractures. Surgery requires careful planning to maintain as much function of the limb as possible. The recovery period after surgery can also be much longer than after sclerotherapy, and there is a risk of infection and bleeding, as with all surgery.

Cryoablation is a new treatment option being explored at several specialist centres, including GOSH. This ‘freezes’ the affected tissue so that it does not increase in size and reduces pain. Knowledge about how long the benefit of cryoablation will last will become clearer as more people are treated in this way. Initial results from the specialist centres seem to be encouraging.

What is the outlook for children with a fibro-adipose vascular anomaly?

FAVA is a newly described condition. We do not yet know what the long term outlook is for children with a FAVA, whether they have surgery, sclerotherapy, cryoablation or another form of treatment. What seems to be clear from the experience of specialist centres such as GOSH is that a multi-disciplinary approach by surgeons, physiotherapists and occupational therapists can often reduce contractures and improve pain, alongside improving function and movement in many children.