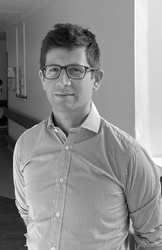 Dr Rossa Brugha is a Consultant in the Respiratory team, with special interests in cystic fibrosis, interstitial lung disease and lung transplantation.

Dr Brugha read Medicine at Oxford and did his specialist training in Paediatrics in London. During his PhD (Queen Mary, University of London) he studied the effect of air pollution on children’s lungs. He then switched to cystic fibrosis research and worked at Imperial College London as an NIHR Clinical Lecturer.

His specialist paediatric respiratory training was at the Royal Brompton Hospital and Great Ormond Street Hospital. His current research interests include how early clinical markers can predict long term outcomes in cystic fibrosis (within the London CF Collaboration, which he co-leads) as well as being the centre lead for the CF clinical trials accelerator platform and acting as an investigator on commercial trials.