“Pippa was born by emergency C-section,” says Laura, “which can sometimes create congestion issues. Each of her breaths, in and out, would squeak. Two weeks after she was born, it was only getting worse, so we took her back to the local hospital.”

Due to the nature of her condition, it took some time before Pippa was given a diagnosis. During her first two years, “Pippa would experience sleep apnoea at night. Her oxygen levels would drop low as she held her breath in her sleep. It could last up to 21 seconds, 40 to 50 times a night.”

When Pippa would turn blue with these episodes, Laura would call an ambulance. However, Pippa would naturally start breathing on her own again before the ambulance arrived. This would bring her oxygen levels back up and thus make it difficult for a diagnosis to take place. After two years back and forth from the hospital, Pippa was referred to GOSH.

“When we were eventually referred to GOSH, I think we felt like there was finally a light at the end of the tunnel,” says Laura. “We knew that these are the best doctors you can possibly get in the world; if anyone's going to know what's wrong with my child, it's going to be them.

“We’ve got a great team. Dr Jephson and all the staff on the Ear, Nose and Throat department (ENT) at GOSH are amazing. Although we’re not at the end of our journey, we’re making massive steps.”

Now two and a half, Pippa has since been diagnosed with bronchomalacia, where the bronchus (part of the airway) is floppy and cannot stay open during breathing.

“We found out that when Pippa tries to breathe in and out, her pipe doesn’t move, hence the low oxygen,” says Laura. “But then the muscle spasms back in, allowing the pipe to open up and for her breathing to improve. Previously, the doctors weren’t picking up on the problem, because it was only momentary.”

Laura has downloaded the MyGOSH mobile app (which is also available online). MyGOSH is the new online portal that enables children, young people and families to have access to specific parts of the electronic patient record at GOSH, as well as communicate securely with the medical team.

Laura explains how this has helped with Pippa’s care: “I can send the videos of Pippa experiencing sleep apnoea to the ENT team through MyGOSH. Although we’ve just had a sleep study done, study’s done at the hospital don’t always show what normally happens at home, so being able to send the videos to her doctors mean we can show them.” 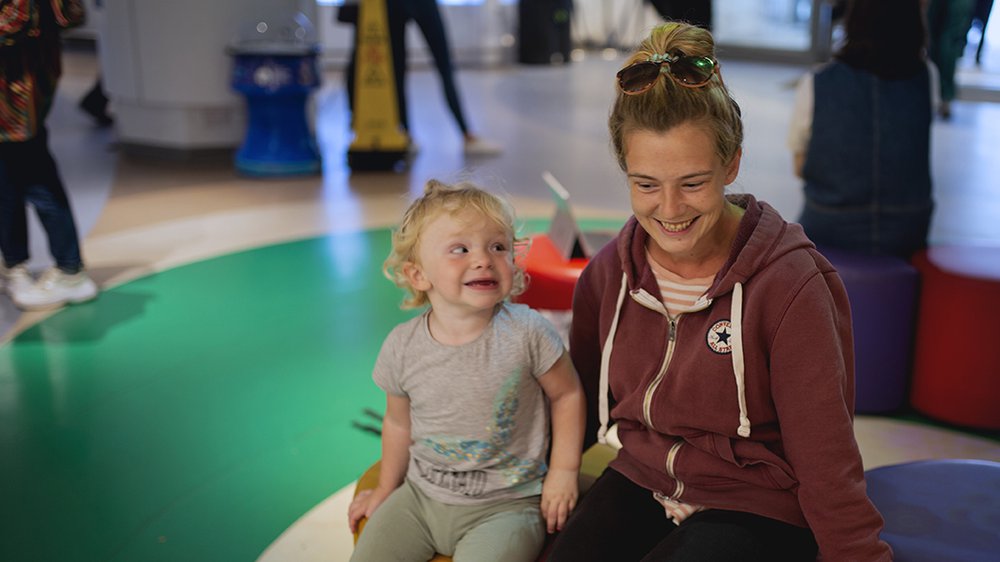 “The doctors here listen and want to help – that's all we’ve ever wanted. When I first got Pippa’s diagnosis, I had no idea what to do, but there are incredible nurses here and information available.

“During one of Pippa’s operations, I had an anxiety attack. In my panicked state, I was very rude to a member of staff. When she left the room, I broke into tears, mortified.

“But then she came back in with a cup of tea and a biscuit! For nearly two hours, she listened, making sure I was okay. She just wanted to make things better for our family. If it wasn’t for that, I don’t know how I’d have got through that night.

“When Bernard Bear (the GOSH Children’s Charity mascot) came up to Panther Ward (which cares for children and young people having ear, nose and throat, plastic surgery or urology operations), Pippa didn't want to come out of her room, but she banged on the glass window. Bernard Bear waved at us through the window. That made the evening for us.

“We love the ladies that blow the bubbles in the anaesthetic room. They’re such a good way of calming Pippa before her operation.

“When we came back up to the ward, the ladies were there doing the bubbles again as Pippa woke up. It’s a small gesture, but their help makes life so much easier for our family in hospital.”

“Surgery has already helped Pippa,” says Laura. “Having her adenoids removed has opened the airways up and given her use of the muscles. Beforehand, it was just blocked all the time and it was so swollen; she couldn't speak, she couldn't do anything.

“We are not at the end of our journey, but we are making massive steps in the right direction.” Pippa can now breathe without making noises. However, doctors are not yet certain of the effect such frequently low oxygen levels have had on Pippa’s brain and physical development.

“The doctors are trying to understand what's caused Pippa’s airways defect and what conditions coincide with it. Pippa also has many collapses and falls, because she has weak muscles and different shape feet.

“Because she's got so many different problems, we need to do all the tests and see if there's something that links all of them together.

“The last microlaryngoscopy and bronchoscopy (MLB) she had, which is a camera down to the lungs, said that Pippa’s airways were now strengthening on their own. Compared to what her airways looked like the first time, when they were fully collapsed, she’s on the road to recovery.

“In six months, the doctors think Pippa should have outgrown the condition – or rather, survived it. But we can’t be sure, and there are still many other unknowns when it comes to her development.”

“Pippa smiles through it all, that is the only thing that keeps me going, because I don't know how she does it. Every person that we've ever met says that she makes them feel loved, and that was before she could speak or anything.

“One time, she'd only just been given the go-ahead to eat after her anaesthetic from surgery and she already had her hand in a yoghurt and a bag of crisps at the same time!”

"Pippa’s sister, Ella, is just as amazing,” says Laura. “When it comes to Pippa getting angry, frustrated, or needing help with learning, Ella's the best one to go to.

“Pippa couldn't speak at all before, so she had a lot of frustration, which she would express with noises. Thankfully, Ella has been great at learning Makaton sign language and then teaching it to Pippa, which has really helped Pippa communicate. Ella picked it up easily and I couldn’t remember it!” 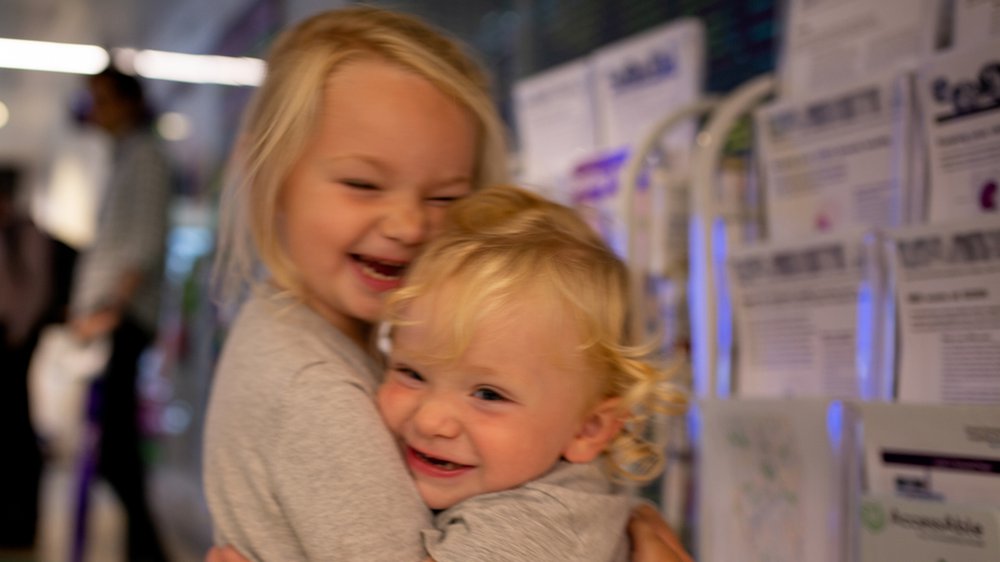