Intensive care on the move 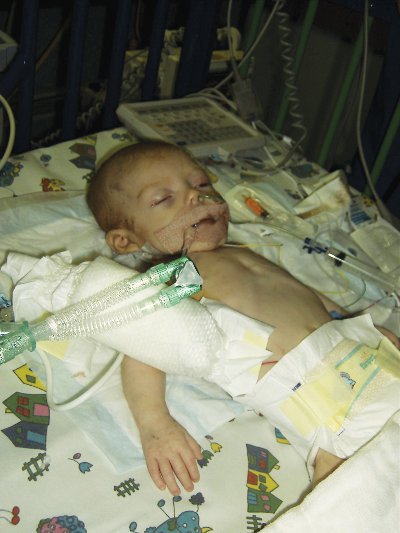 The Children’s Acute Transport Service (CATS) team transports very sick children from local hospitals to the intensive care units, which have the facilities and the expertise to treat them. Here, one family share their experience of being helped by CATS. Richard and Sarah knew that their son Peter would be under the care of Great Ormond Street Hospital (GOSH) before he was born, when a 22 week scan revealed that he had a hole in his heart. But after Peter’s birth, it became clear that the problem was much worse. Instead of one hole in his heart, he had four.

Specialists at GOSH decided to operate to repair the holes when Peter was older and more able to stand the surgery. But his condition deteriorated.

"He was wasting away in front of us," says Richard. In December, Peter was admitted to his local hospital, in his home town of Romford, Essex and fitted with a nasogastric tube. On New Year’s Day, Peter’s condition suddenly worsened. He accidentally inhaled some milk, which flooded his lungs.

Nurses immediately took Peter to intensive care but his consultant told Richard and Sarah that their son would have to be transferred to GOSH straight away, as the local hospital did not have paediatric intensive care facilities. Two hours later, the CATS team arrived.

The first thing they asked: "Who are the parents?" says Richard. "They explained that Peter would be transferred by special ambulance. I hadn’t heard of CATS until they turned up, but felt enormously reassured by the way they conducted themselves, as they were so calm and confident."

It took three-and-a-half hours to transfer Peter from the hospital equipment to the CATS equipment, as he was so unstable.

Once in the ambulance, the CATS team, including Albert, the driver, kept talking to his parents. "I remember looking at Peter all the way and watching the monitor to check he was breathing," says Sarah. "The team just seemed so calm. During the journey they spoke reassuringly. It seemed as if they respected and understood our total shock and deepest fear."

The CATS team stayed with Peter until he was safely transferred to the Paediatric Intensive Care Unit. Then they came to say goodbye to Richard and Sarah. "That was really important for us, you want to be able to say thank you."

Peter was not fit enough to have the major surgery he needed, so in January he was temporarily fitted with a device called a PA band, which relieves pressure on the heart. The next month he was well enough to go home, and had his major surgery to repair the holes in his heart in September at GOSH.

Looking to the future 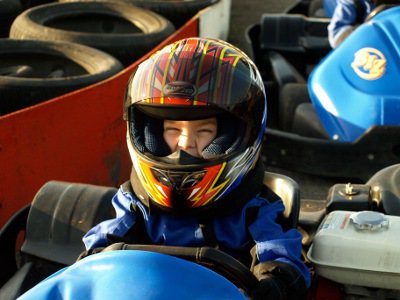 Peter is now seven. He is, say his parents, a happy, healthy little boy who adores his little brother Matthew, aged two. "Peter loves waving flags at church, go-karting, cooking with Mum, and crafts, and has won awards at football. He remembers words to songs incredibly well. He’s doing really well with reading and maths, and loves both subjects."

Richard says it’s hard to find the words to thank the CATS team. "I could say thank you over and over again for the next 40 years and it wouldn’t even come close to the amount of gratitude I have for that team. For a short period of time, they were such a big part of our drama."