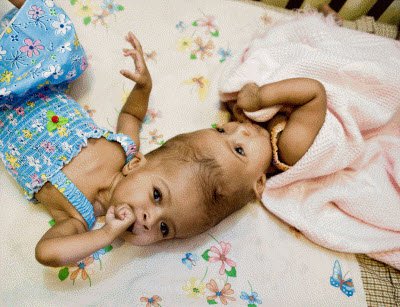 On the right path

It is often said that a parent’s love for their children knows no bounds. And the parents of conjoined twins Rital and Ritag Gaboura are no exception. In their mother’s words: “One day, a few days after they were born, I looked at my daughters and realised how absolutely beautiful they were, that I loved them so much and that I would do anything for them.”

The girls’ parents, Drs Enas and Abdelmajeed Gaboura, approached many institutions for help. Finally it was GOSH and Facing the World, a British charity providing life-changing reconstructive surgery to children with severe facial disfigurements, that came to the rescue.

With Facing the World funding the twins’ treatment, and the world-class medical experience of GOSH, this was the family’s best option for a safe separation and the hope of returning home with two, separated, healthy girls.

Rital and Ritag Gaboura were total type III craniopagus (joined at the head). The twins’ brains touched, and Ritag supplied half her sister’s brain with blood, while draining most of the blood back to her heart, therefore doing most of the work. Her kidneys were also doing most of the urine production for both of them. Theirs was a life-threatening situation. 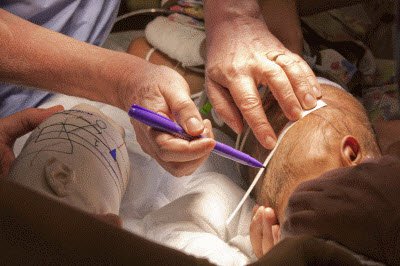 Traditionally, craniopagus twins have been separated in a single stage. The problem with this approach is that the shared veins draining the brain have to be given to one twin. This prevents blood flowing away from the parts of the brain deprived of their venous drainage, which in turn causes an increase in pressure in the brain, which eventually leads to brain damage or death. Single stage operations have therefore either been fatal or have caused significant brain damage.

Multi-stage surgery separates the twins in stages. This has the effect of reducing the rise in venous pressure seen to a level that does not cause brain damage. The brain gradually recovers from the partial venous separation and over the space of a few days, new venous channels open and the venous pressure returns to normal as blood flows away through these new channels. Once the venous pressure has returned to normal, the next stage can be undertaken and the process repeated. In this way, the brains are gradually and safely separated.

Multi-stage separation has been successfully attempted three times, once in New York and twice at GOSH. 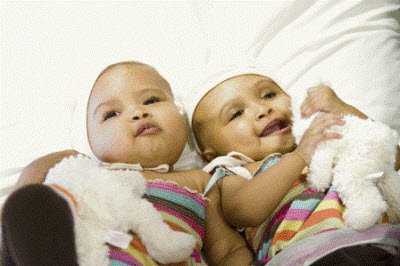 Rital and Ritag required four complex operations at GOSH. A team of surgeons, physicians, imaging specialists, nurses and others had to plan, separate their blood vessels and blood flows while still joined together at the head, then prepare skin and flesh to allow for the separation, and then finally, on 15 August, separate the girls safely.

The first two operations separated portions of the twins’ shared vascular system. This was vital to ensure safety during the final procedure and to reduce Rital’s dependency on her twin. Time was of the essence as Ritag’s heart was starting to fail. The third procedure inserted tissue expanders to stretch the skin needed to cover their heads at the fourth stage. The final procedure to separate the twins took place on 15 August 2011.

“This was a real surgical challenge, a very rare and complex operation, drawing together many different disciplines,” said David. “But also these were two little girls with a loving family, and we had to get both children through the procedures safely.” 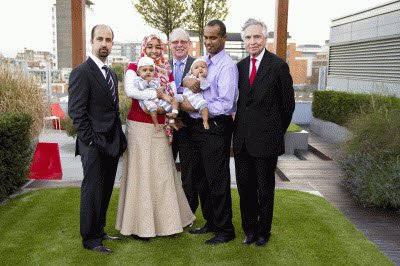 The Gaboura family with the GOSH surgeons

Although their journey is not yet over, Rital and Ritag now face a much brighter future. “We never thought that we would have two normal girls,” their mother said. “In fact, I was unable to imagine what they would look like after separation until the first time I saw them. One or two days after surgery, it was like all the time before when they were joined was a dream. Now I am happy and I have forgotten all the hard times and the stress during pregnancy.”