HLH is a rare disease and it can be difficult to diagnose because many of the symptoms can mimic severe infection or other conditions.

There are two main types of HLH: primary (‘familial’) and secondary.

Primary HLH is caused by a genetic mistake (mutation) that can be passed on from parent to child. In primary HLH, mutations usually affect the ability of white blood cells to clear infections. It can be inherited either in an autosomal recessive manner, which means that a child has to inherit the faulty gene from both parents to develop the condition, or in an X-linked manner, which means that the faulty gene is carried on the X chromosome and only affects boys . Sometimes mutations can just happen, by chance, and are not inherited from parents. More
information about genetics is available. 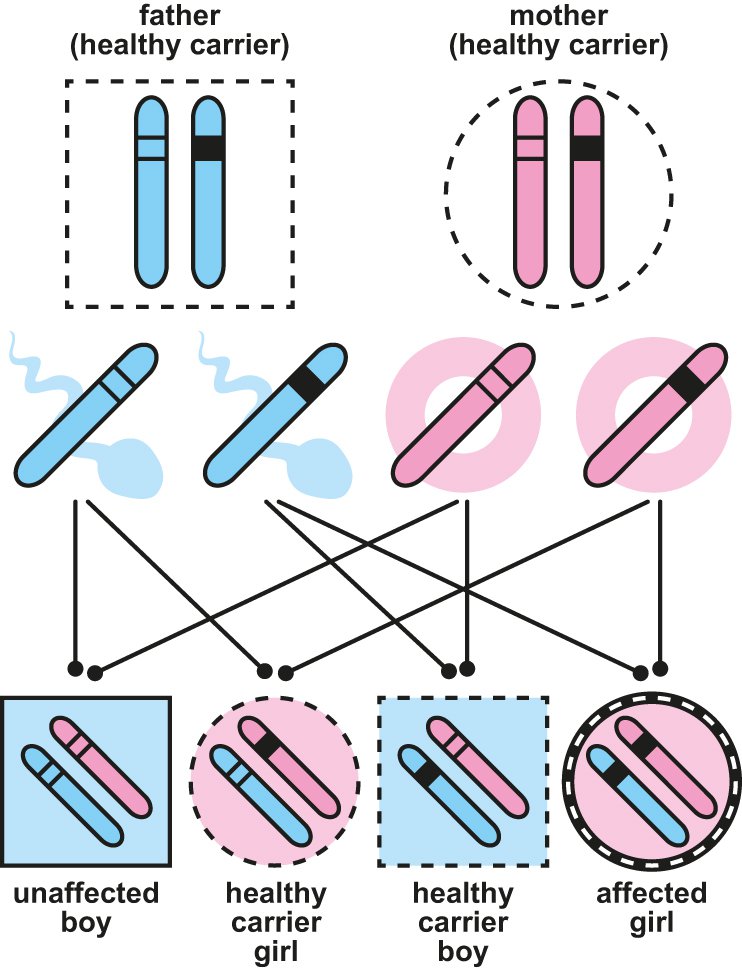 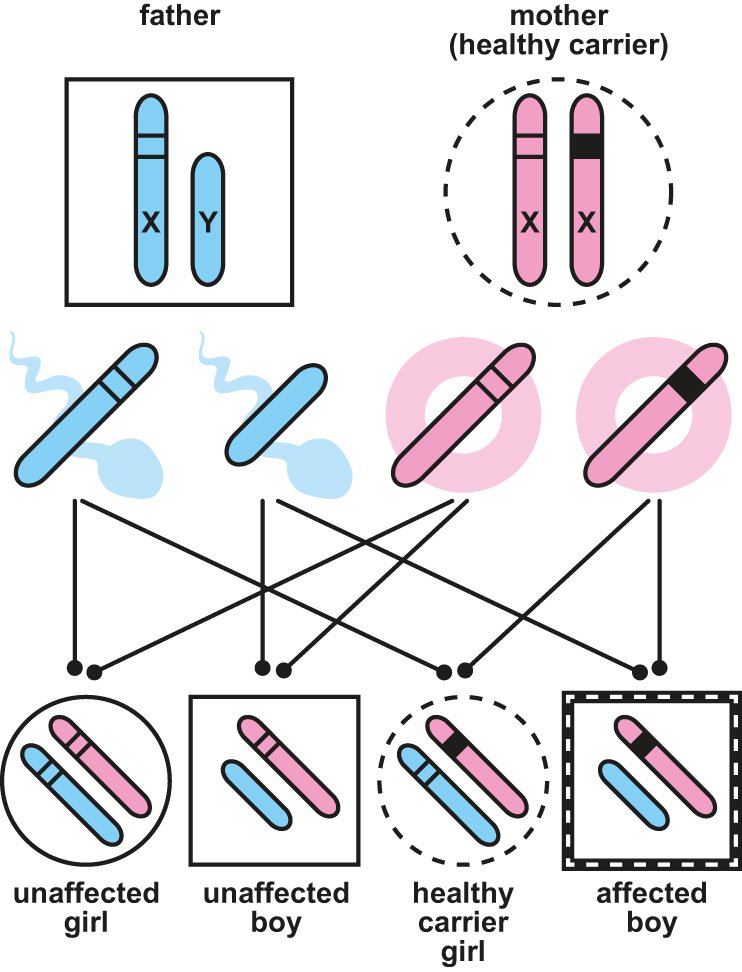 Secondary HLH is not inherited but rather develops as a result of another illness, usually a widespread infection or immune disorder.

Primary HLH usually shows up within the first year of life, while secondary HLH typically develops later in childhood, although it can appear at any age. Both types can present in the same serious and life-threatening way.

What are the signs and symptoms of HLH?

The symptoms of HLH can be confused with common childhood illnesses but are more severe. They include a skin rash, raised temperature and swollen liver, spleen and lymph glands. There may be anaemia, infection or bruising and bleeding. If the brain is affected, a child may show symptoms such as seizures, ataxia (wobbliness) or drowsiness.

How is HLH diagnosed?

Initially, blood samples are taken for testing in the laboratory. A wide range of tests will be carried out, including full blood count to look for low numbers of each type of blood cell. More specialised tests will check liver function and look for signs and causes of infection. Some of these blood tests have to be sent to a specialist laboratory and it takes several days for the results to come through.

Other samples, such as bone marrow or lymph node tissue, may give extra clues. If there are neurological (brain) symptoms, a sample of cerebrospinal fluid may be taken by lumbar puncture.

If HLH is strongly suspected, genetic tests will be done which can identify the faulty genes in the primary forms of HLH.

How is HLH treated?

As HLH is uncommon and serious, treatment is usually coordinated by a specialist centre experienced in treating rare immune disorders.

The priority of treatment is to damp down (suppress) the immune system to reduce the over-reaction and lessen the risk of tissue damage. This will often involve courses of corticosteroids and chemotherapy medicines, usually given into a vein (intravenously) in hospital. Some of the medicines used are listed in the table below but new treatments are being developed all the time.

Treatment will be individualised to minimise side effects, which your medical team will discuss with you. If an infectious trigger is suspected, anti-infection treatment may be given, such as antibiotics or other medication. In the case of primary HLH, this treatment usually puts the condition into remission but the risk of relapse remains.

In many cases, haematopoietic stem cell transplant (HSCT, including bone marrow transplant, or BMT) offers the potential for long-term cure of primary HLH. HSCT aims to replace the faulty immune system with an immune system from a healthy donor. Stem cells, from which all the cells of the immune system develop, can be obtained from healthy bone marrow, or in some cases from umbilical cord blood or donor blood. The healthy stem cells can be given by transfusion into a vein to a child with HLH. More information on HSCT is available from PID-UK.

The outlook for children with HLH has improved, owing to better recognition of the condition and better diagnostic tests so that treatment can start as quickly as possible. New types of medicine are also being developed to treat HLH. Treatment is intensive and has side effects but many of these can be managed. HSCT remains the only cure for primary HLH but in many cases means that children can lead a normal life afterwards.

In the inherited forms of HLH, genetic counselling for the family is important. Prenatal diagnosis is available for future pregnancies, provided that the faulty gene can be identified.

anaemia a condition of abnormally low haemoglobin in oxygen-carrying cells, causing pallor and tiredness. Can be caused by poor diet, autoimmunity and other medical conditions.

ataxia a type of poor coordination and unsteadiness.

autosomal recessive a type of inheritance where the presence of one copy of a faulty gene does not affect the individual him or herself. However, when two carriers of the same faulty gene have children there is a 25 per cent (or 1 in 4) chance of a child inheriting two copies of the faulty gene (one from each parent) for each pregnancy. If this happens, the child is affected by the disorder.

biopsy surgical removal of a small sample of tissue for examination under a microscope for diagnostic purposes.

bone marrow soft, spongy tissue located in the hollow centres of most bones; it contains developing blood cells and cells of the immune system.

cerebrospinal fluid a watery liquid that surrounds the brain and spinal cord.

chemotherapy a type of treatment that uses medication to destroy cancer cells. In immunology, chemotherapy is used to destroy a person’s immune cells to suppress abnormal immune responses, and also in preparation for stem cell (or bone marrow) transplantation.

chromosomes thread-like structures located inside the nucleus of cells. Each chromosome is made of protein and DNA.

corticosteroids medicines that damp down the immune system to reduce inflammation in a range of conditions.

donor an individual who could donate bone marrow or stem cells for transplantation. Donors may be family members, or unrelated, but need to be well matched with the potential recipient by tissue-typing.

gene section of DNA on a chromosome that codes for a functional RNA molecule and thus a protein. Put another way, a word, rather than a letter, in the genetic code. Genes are the fundamental units of inheritance that carry the instructions for how the body grows and develops.

genetic counselling advice from a specialist geneticist regarding the implications of carrying or being affected by a genetic disorder.

haematopoietic stem cells cells from which all blood cells and immune cells are derived.

haematopoietic stem cell transplantation (HSCT) transfer of bone marrow (obtained by a medical procedure) or stem cells (obtained from blood or stored umbilical cord blood) from a donor – either related or unrelated – to a recipient. Haematopoietic means blood-forming. The donor cells are given by intravenous infusion and make their way to the recipient bone marrow to provide a new immune system, curing the immunodeficiency.

immune system the structures and processes that protect the body against infection and disease.

inheritance the passing down of genetic information from parents to children

intravenous inside or into a vein; for example, an immunoglobulin infusion may be given directly into a vein.

lumbar puncture a procedure to obtain cerebrospinal fluid for diagnostic tests. A needle is inserted through the skin of the back into the space between the bones that make up the spine. This is done using local or general anaesthetic.

macrophage a type of white blood cell that is important in many aspects of immune function, including the ability to destroy invading bacteria.

mutation a change in the structure of a gene or group of genes. Such changes can be passed on to the next generation. Many mutations cause no harm, but others can cause genetic disorders, such as primary immune deficiencies.

prenatal diagnosis testing during a pregnancy for specific genetic disorders. Usually performed by ‘chorionic villous sampling’ – taking a sample of tissue from the developing placenta and testing DNA obtained from this tissue. Amniocentesis (performed later in pregnancy) is another route to prenatal diagnosis.

remission control of the signs and symptoms of a disease without complete cure.

spleen an organ in the upper abdomen near the stomach that plays an important role in the immune system.

splenectomy surgical removal of the spleen.

T-cells (or T-lymphocytes) specialised lymphocytes that develop in the thymus, an organ in the chest. They are responsible, in part, for carrying out the immune response.

X-linked refers to the inheritance of disorders caused by mutations in genes carried on the X (or female sex) chromosome. This is also known as sex-linked inheritance. In this situation, girls are usually carriers and boys are affected by the condition. Girls inherit one X chromosome from each parent, so have a normal X chromosome to compensate for the faulty one.